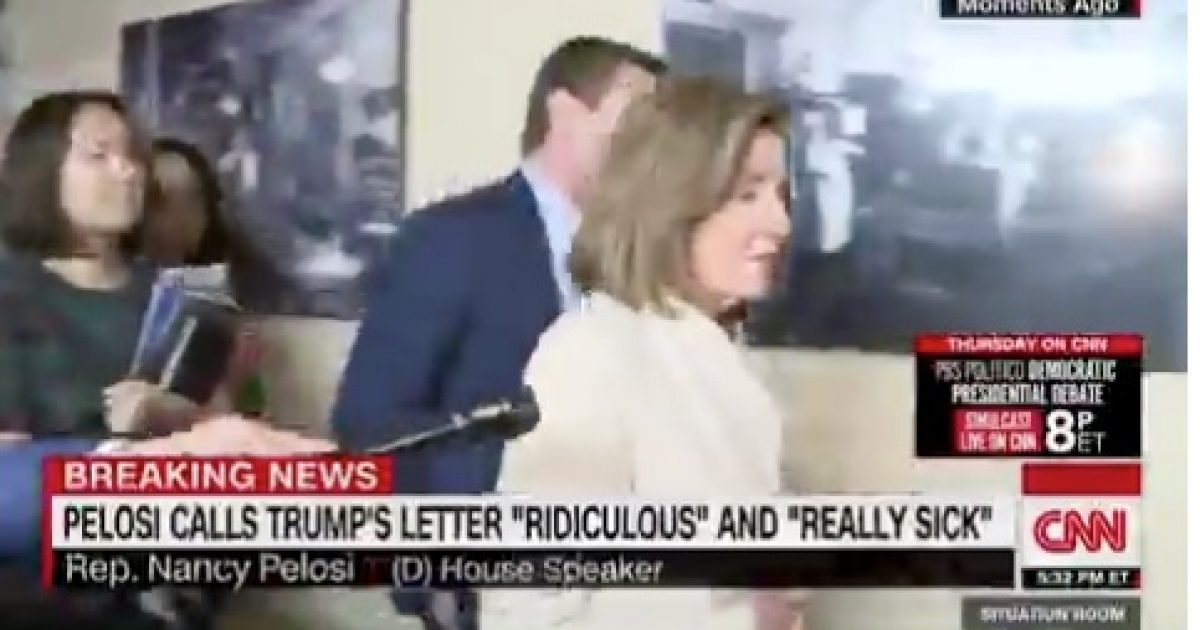 The president highlighted the partisan nature of the Democrat impeachment effort and called it an “attempted coup.”

President Trump said, “This is nothing more than an illegal, partisan attempted coup that will, based on recent sentiment, badly fail at the voting booth.”

Can you believe that I will be impeached today by the Radical Left, Do Nothing Democrats, AND I DID NOTHING WRONG! A terrible Thing. Read the Transcripts. This should never happen to another President again. Say a PRAYER!

Democrats and the anti-Trump media remain unyielding in their stubborn determination to undermine President Trump.

Pelosi's first reaction to Trump's letter. "I don't have a reaction. It's ridiculous," she told me. I asked her why no reaction: "I mean, I haven't full read it. We've been working. I've seen the essence of it. It's really sick." pic.twitter.com/pPhvsb0axh

"It may be the most unpresidential presidential document ever written." —@IgnatiusPost on Trump's letter to Speaker Pelosi pic.twitter.com/Exyk2JUelt

While the Democrats and the anti-Trump media are celebrating, there are numerous signs the impeachment effort will backfire.

A CNN poll recorded a 13 percent drop in support of impeachment.

The drop in support of impeachment resulted in CNN’s Jeff Toobin to deny the poll results.

Jeffrey Toobin has a meltdown after CNN reports their poll found support for impeaching @realDonaldTrump has dropped 13 points among DEMOCRATS since November.

Toobin says the poll is “wrong” because “I said so.” pic.twitter.com/zQvKBc2tbC

A panel on Fox News’ Hannity described the political impact of impeachment.

Democrats despise President Trump to such a degree that they are willing to damage the country and jump off a political cliff.