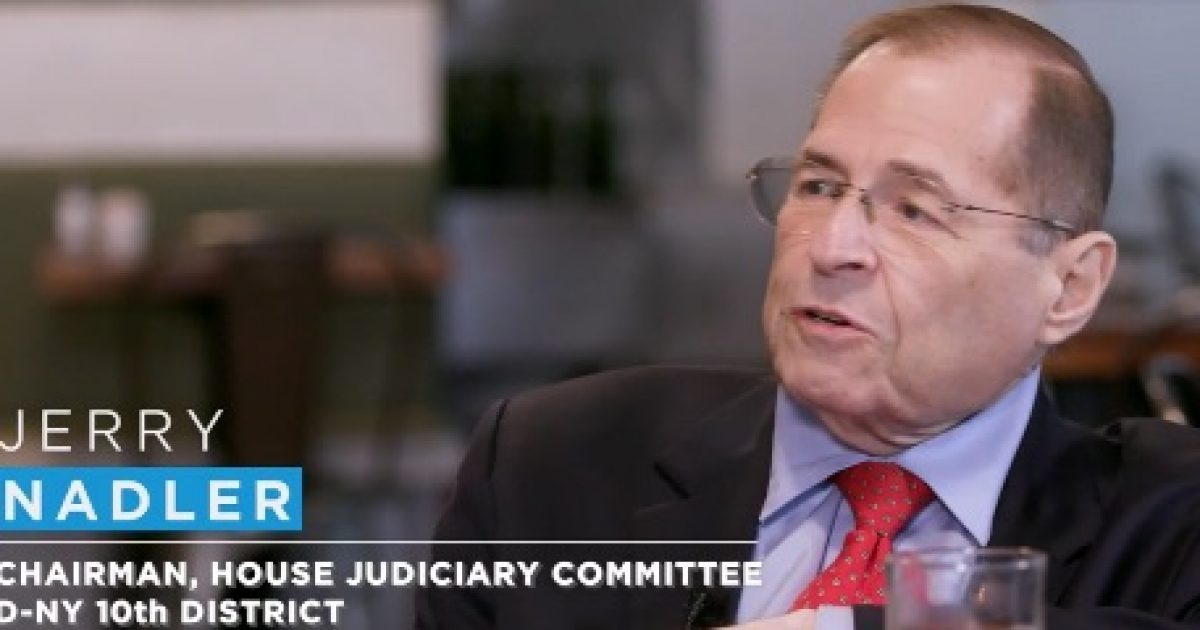 President Trump will not participate in the first impeachment inquiry before the House Judiciary Committee scheduled for Wednesday.

House Judiciary Committee Chairman Representative Jerrold Nadler (D-NY) sent a letter to President Trump specifying a December 6 deadline, saying, “Please provide the committee with notice of whether your counsel intends to participate, specifying which of the privileges your counsel seeks to exercise.”

White House counsel Pat Cipollone informed the Committee Sunday night in a five-page letter explaining the president’s decision because the hearing “does not begin to provide the President with any semblance of a fair process.”

Democrats urged the president to participate in the hearings.

Representative Val Demings (D-FL) discussed President Trump and the impeachment hearings over the weekend, saying, “If he has not done anything wrong, we’re certainly anxious to hear his explanation.”

President Trump blasted Democrats for holding more hearings while he will be in London at a NATO summit.

I will be representing our Country in London at NATO, while the Democrats are holding the most ridiculous Impeachment hearings in history. Read the Transcripts, NOTHING was done or said wrong! The Radical Left is undercutting our Country. Hearings scheduled on same dates as NATO!

Breaking News: The President of Ukraine has just again announced that President Trump has done nothing wrong with respect to Ukraine and our interactions or calls. If the Radical Left Democrats were sane, which they are not, it would be case over!

The Do Nothing Democrats get 3 Constitutional lawyers for their Impeachment hoax (they will need them!), the Republicans get one. Oh, that sounds fair!

If the #JudiciaryCommittee votes on articles of impeachment after only a hearing with constitutional scholars, a presentation of Adam Schiff’s report on Schiff’s terms, and a quick markup, that will be a massive failure. pic.twitter.com/3vjU3MTiqA

According to Fox News, “Fifty percent of independents questioned in an NPR/PBS/Marist poll conducted Nov. 11-15 did not support impeaching and removing Trump from office, with just 42 percent backing such a move.”

A Pennsylvania Democrat voter said to CNN about impeachment, “I am tired, I really am, I am tired of it all.”

Even Democrats in Pennsylvania are tired of Adam Schiff and Nancy Pelosi wasting time and taxpayer dollars on an impeachment sham!

“I am tired, I really am, I am tired of it all.” pic.twitter.com/LXuSauXVhp

Given the partisan process by Democrats, President Trump made the right call not to participate in the Judiciary Committee hearings.