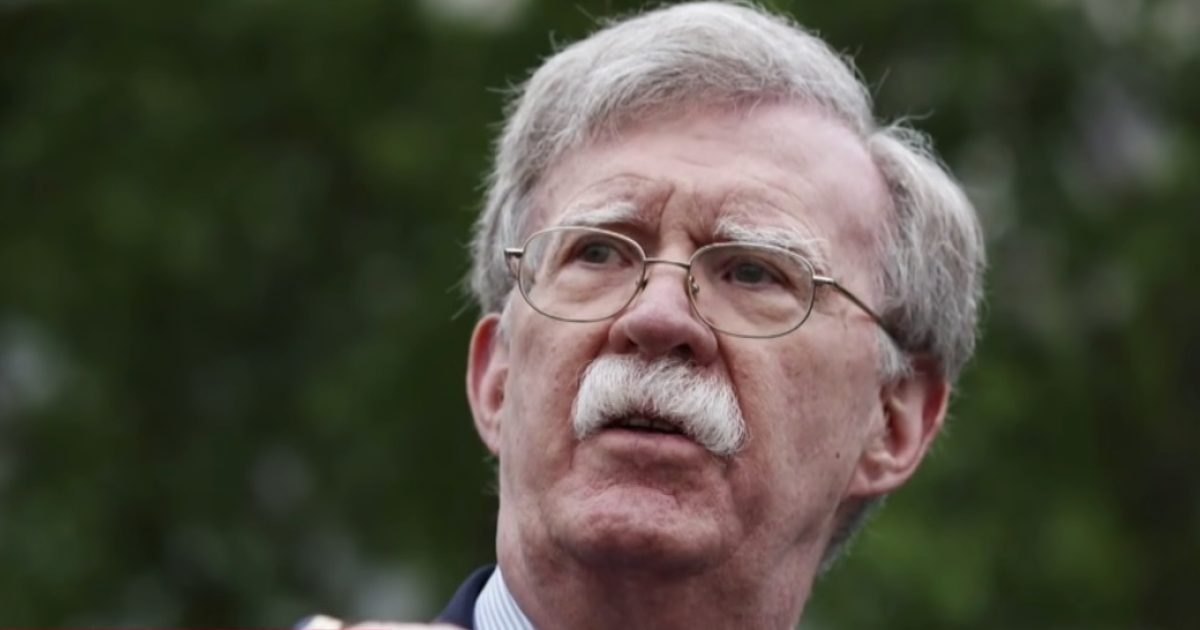 It’s reported by The New York Times, “President Trump told his national security adviser in August that he wanted to continue freezing $391 million in security assistance to Ukraine,” and following the story, House impeachment managers issued a statement.

“Senators should insist that Mr. Bolton be called as a witness, and provide his notes and other relevant documents. The Senate trial must seek the full truth and Mr. Bolton has vital information to provide,” the House managers said in a statement.

John Bolton has the evidence.

It’s up to four Senate Republicans to ensure that John Bolton, Mick Mulvaney, and the others with direct knowledge of President Trump’s actions testify in the Senate trial.https://t.co/JbazBaYdRU

Amb. Bolton reportedly heard directly from Trump that aid for Ukraine was tied to political investigations.

The refusal of the Senate to call for him, other relevant witnesses, and documents is now even more indefensible.

The choice is clear: our Constitution, or a cover-up. https://t.co/HBW82ObvOl

Alabama Senator Doug Jones tweeted, “If we can’t get Bolton let’s get a subpoena for the book!”

Last week, the Senate impeachment hearings began and this week, President Trump’s defense team will continue to make their arguments at the Senate trial.

The Senate heard the opening arguments that focused on the transcript of the phone call between President Trump and Ukraine’s President Zelensky on Saturday.

I NEVER told John Bolton that the aid to Ukraine was tied to investigations into Democrats, including the Bidens. In fact, he never complained about this at the time of his very public termination. If John Bolton said this, it was only to sell a book. With that being said, the…

Amazing how this happened immediately after The New York Times ran their story, almost like it was coordinated to promote book sales!

This tweet from Stelter was posted 25 minutes ago: pic.twitter.com/PXxWOyLJQu

Is there anyone who hasn’t left the White House and backstabbed everyone they worked with to release a book for profit? This city and everyone in it is horrible.

The pathetic story of John Bolton:

The demand by Democrats for witnesses to testify at the Senate trial can easily backfire.

In all likelihood, President Trump would exert executive privilege over Bolton and not allow him to testify because of national security concerns.

That would leave other witnesses to appear before the Senate including Representative Adam Schiff (D-CA), as well as former Vice President Joe Biden and son Hunter.