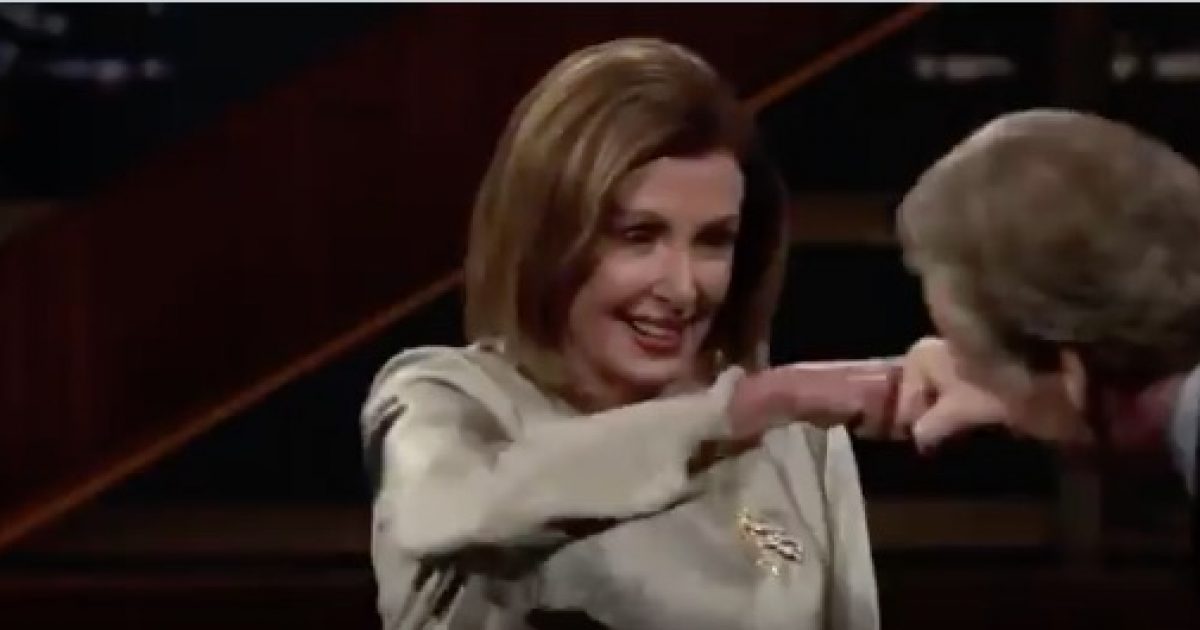 Over the weekend, the House impeachment managers and President Trump’s legal team sent their respective legal arguments to the Senate in preparation for the impeachment trial set to begin tomorrow.

Democrats advanced their argument to have witnesses testify during the Senate trial on Sunday morning political talk shows.

Representative Adam Schiff (D-CA) made his case for witnesses on ABC’s “This Week.”

Meanwhile, Speaker Nancy Pelosi (D-CA) made an appearance on “Real Time” with host Bill Maher where she made a spike the football comment about the impeachment, saying “you are impeached forever.”

Also during the show, Pelosi had a celebratory fist bump with Maher about the impeachment.

Pelosi’s comments and actions conflict with her view that the impeachment is a sober moment in history.

Spare us the lecture about being serious and somber, Nancy. pic.twitter.com/E0t2ZNWX91

As the elections draw near, Pelosi and Democrats may very well regret her celebratory actions over impeaching President Trump.

Voters are fed up with the Democrats latest attempt to overturn the results of the 2016 election.

Grassroots support and donations are pouring in to @TeamTrump!

Americans are sending a message to Democrats… why won’t they listen? pic.twitter.com/u0zKmZeFiA

Come election time in November, Democrats will be punished for putting politics over Americans.