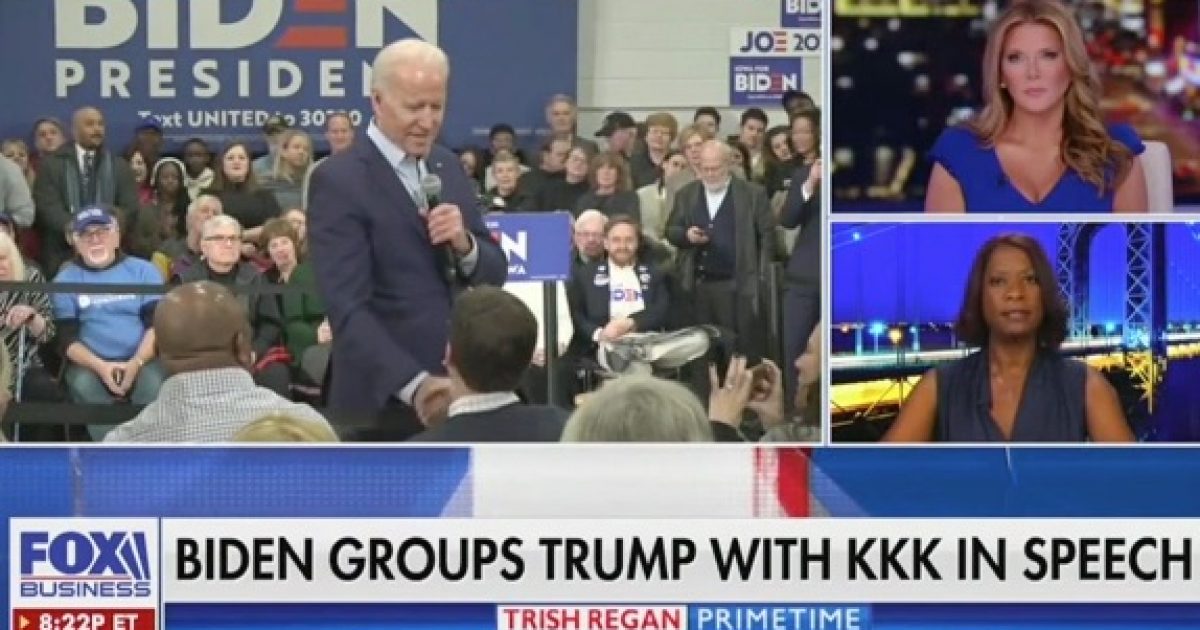 Biden spoke at a black church in South Carolina last Sunday and in the same sentence, associated President Trump “and the rest of them” to the KKK.

“This president and his — the Ku Klux Klans and the rest of them, they think they’ve beaten us again. But they have no idea — we’re just coming back,” Mr. Biden told the congregation.

Deneen said Biden’s comments were “breathtaking,” and demanded to know where’s the outrage over his reckless and dangerous rhetoric.

Additionally, Deneen reminded viewers Biden said the late Democrat Senate Majority Leader Robert Byrd “was his mentor and friend,” and she then drove home the point that Byrd was a Grand Cyclops in the KKK.

Deneen, an Advisory Board Member for Black Voices for Trump, applauded the Trump campaign for launching the coalition, where members are informing black voters about the accomplishments under President Trump, such as record-low black unemployment and Opportunity Zones to help empower disadvantaged neighborhoods, considering the anti-Trump media refuses to report on these accomplishments.