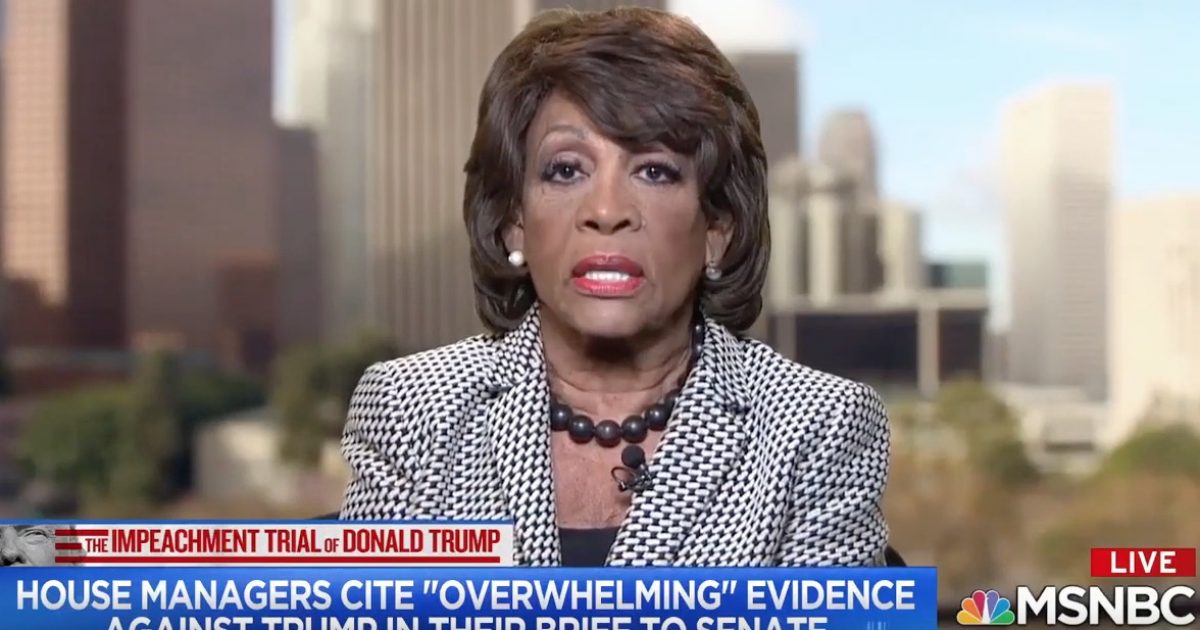 Representative Maxine Waters (D-CA) vowed “We will not stop,” referring to more investigations by Democrats of President Trump.

Waters, the chairwoman of the Financial Services Committee, appeared on MSNBC and didn’t dismiss the idea of additional “impeachment activity.”

Waters is a staunch critic of President Trump and for the last few years, has called for his impeachment especially at public events, leading crowds with the chant “impeach 45.”

Democrats advanced their argument to have witnesses testify during the Senate trial on Sunday morning political talk shows last weekend.

Speaker Nancy Pelosi (D-CA) appeared on ABC’s “This Week,” and also wouldn’t dismiss the possibility of more articles of impeachment against President Trump.

The Democrat House would not give us lawyers, or not one witness, but now demand that the Republican Senate produce the witnesses that the House never sought, or even asked for? They had their chance, but pretended to rush. Most unfair & corrupt hearing in Congressional history!

No matter what you give to the Radical Left, Do Nothing Democrats, it will never be enough!

Waters and House Democrats continue to try to harm President Trump by announcing their intention to add more articles of impeachment.