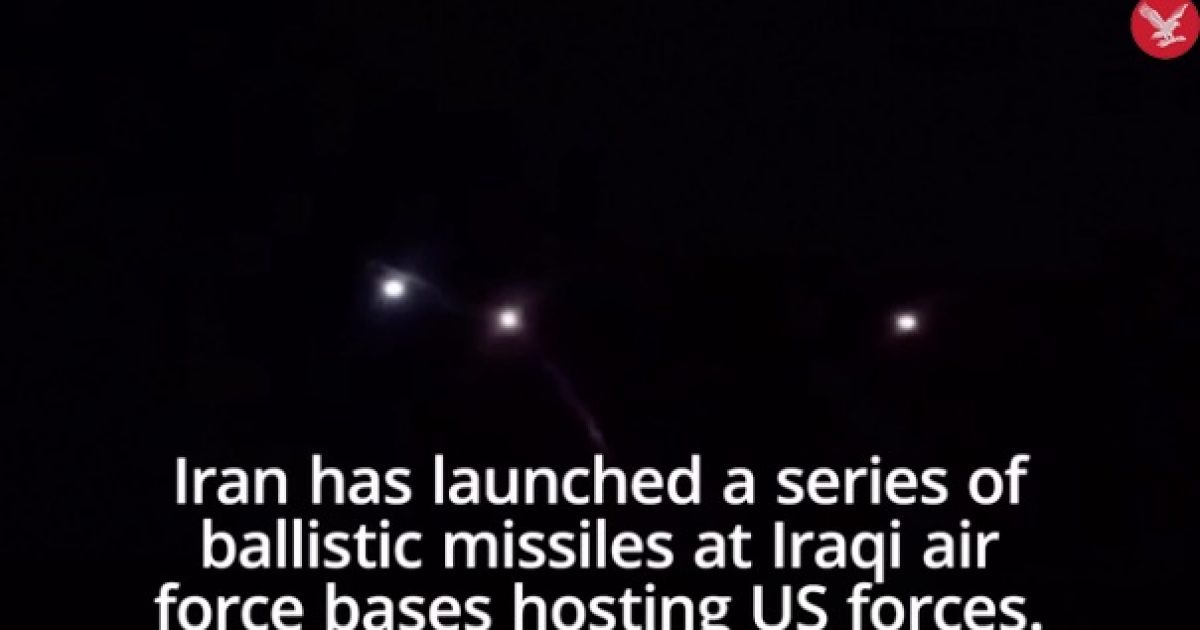 Missiles were fired at U.S. military bases in Iraq on Tuesday by Iran over President Trump’s order to kill Iranian General Qasem Soleimani in an airstrike last week.

Importantly, U.S. intelligence believed Soleimani traveled to Baghdad to initiate additional attacks against U.S. personnel in Iraq and elsewhere in the Middle East.

Closely monitoring the situation following bombings targeting U.S. troops in Iraq. We must ensure the safety of our servicemembers, including ending needless provocations from the Administration and demanding that Iran cease its violence. America & world cannot afford war.

Last week, Pelosi criticized President Trump for not seeking Congressional approval for the Soleimani airstrike and issued a statement calling the airstrike “provocative and disproportionate.”

Speaker Pelosi says President Trump carried out the U.S. airstrike that killed a top Iranian commander in Iraq without the consultation of Congress. https://t.co/3FeHQykkJN

American leaders’ highest priority is to protect American lives and interests. But we cannot put the lives of American servicemembers, diplomats and others further at risk by engaging in provocative and disproportionate actions. https://t.co/o0R8YVJMNW

Pelosi told Democratic members in a letter that the House will introduce a vote on a “War Powers Resolution” mandating that the administration’s military hostilities with regard to Iran would cease within 30 days if no further congressional action is taken.

Following the Soleimani airstrike, there were concerns about tensions escalating in the Middle East.

While the attacks were the latest escalation with Tehran in the aftermath of a U.S. drone strike that killed the top Iranian general, initial assessments showed “no U.S. casualties,” a U.S. military official in Baghdad told Fox News.

I am told from US official these are short range ballistic or cruise missiles being fired from Iranian territory at multiple US bases and targets inside Iraq. https://t.co/xKh2NPiDyz

DoD spox: "At approx 5:30 p.m. (EST) on Jan 7, Iran launched more than a dozen ballistic missiles against U.S. military and coalition forces in Iraq. It is clear that these missiles were launched from Iran and targeted at least two Iraqi military bases hosting U.S. military…

Iran took & concluded proportionate measures in self-defense under Article 51 of UN Charter targeting base from which cowardly armed attack against our citizens & senior officials were launched.

We do not seek escalation or war, but will defend ourselves against any aggression.

Not surprising that while details were still unfolding, the anti-Trump media mocked President Trump.

Now the dog is wagging Trump.

President Trump was briefed on the missile attacks and issued a statement on social media.

All is well! Missiles launched from Iran at two military bases located in Iraq. Assessment of casualties & damages taking place now. So far, so good! We have the most powerful and well equipped military anywhere in the world, by far! I will be making a statement tomorrow morning.

It’s outrageous Pelosi would blame President Trump while U.S. troops were under attack.

The president is expected to address the nation today about Iran.