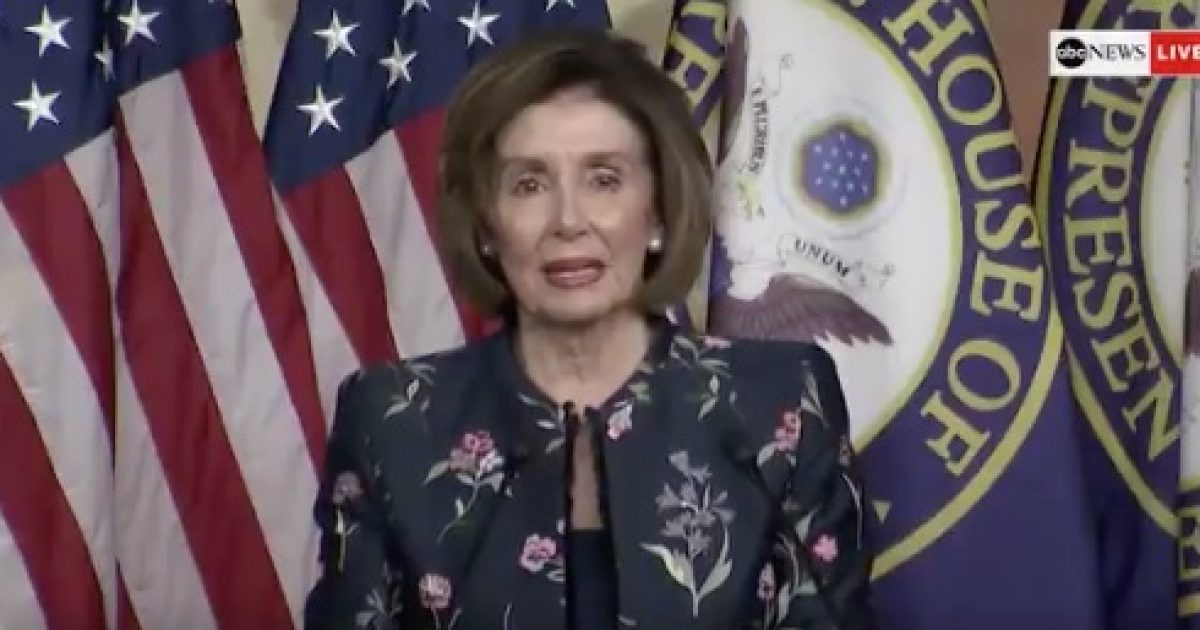 Pelosi praised the House impeachment managers calling them “magnificent custodians of the Constitution,” but was highly critical of President Trump’s legal team, saying they are “trying “to dismantle the Constitution,” and questioned “how they can retain their lawyer status.”

Doubling down on her criticism of President Trump’s legal team, Pelosi said, “I don’t think they made the case at all,” and she would not rule out the possibility of more articles of impeachment if the president is acquitted.

Speaker Nancy Pelosi calls House managers "magnificent custodians of the Constitution," while criticizing Pres. Trump's legal team: "The president's team is there to dismantle the Constitution of the United States—and some of them are even lawyers." https://t.co/PNEUsYmrAU pic.twitter.com/zUGxnuGKj2

Democrats are all-in for additional investigations and articles of impeachment against President Trump.

Representative Maxine Waters (D-CA) vowed “We will not stop,” referring to more investigations by Democrats of President Trump.

Waters, the chairwoman of the Financial Services Committee, appeared on MSNBC and didn’t dismiss the idea of additional “impeachment activity.”

Speaker Pelosi (D-CA) recently appeared on ABC’s “This Week,” and wouldn’t dismiss the possibility of more articles of impeachment against President Trump.

In December, House Democrats impeached President Trump along party lines on abuse of power and obstruction of Congress and the articles were finally sent to the Senate after weeks of Speaker Pelosi delaying the transfer.

Democrats are demanding more witnesses during the Senate trial and a vote is expected today.