The results from yesterday found total black approval for President Trump at 40 percent with 31 percent strongly approving the president. 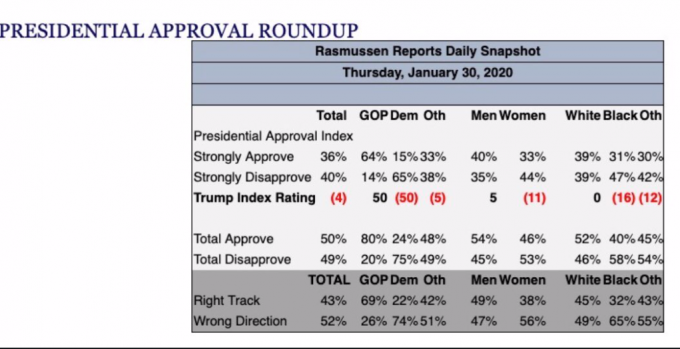 Most importantly, this week’s polling data is double the black support for the president during the last week in January 2019, where total black support was only 21 percent.

The dramatic rise in black voter support follows entertainer Kanye West’s backing of the president which is sending a message that it’s ok to be aligned with President Trump.

THIS is counter culture pic.twitter.com/A5YBjfSmB0