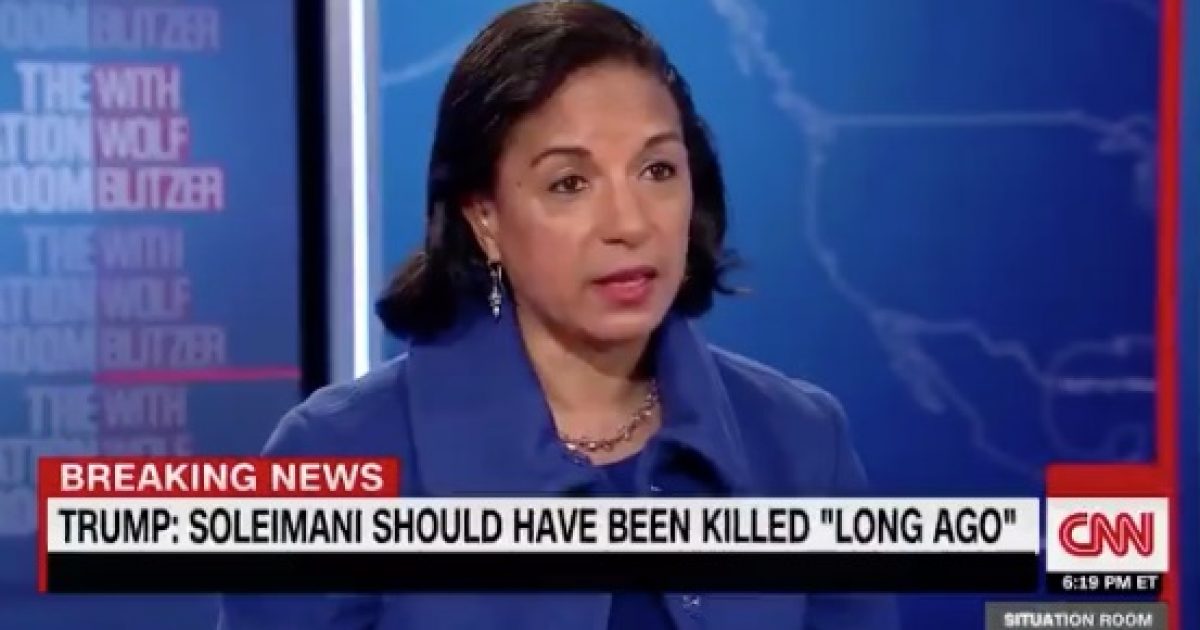 During the interviews, Rice defended the Obama administration and criticized President Trump.

Rice served as a national security advisor and as the U.S. Ambassador to the United Nations during the Obama administration.

On CNN Rice said, “I am doubtful that ultimately it will prove to be the right thing.”

"I am doubtful that ultimately it will prove to be the right thing," says former national security adviser Susan Rice about President Trump's decision to order a US airstrike that killed Iranian general Qasem Soleimani. https://t.co/47nkJMu14i pic.twitter.com/LLSdDNASzL

In an interview on MSNBC, Rice repeated her claim that the Obama administration didn’t have an opportunity to kill Iranian military leader Qassem Soleimani.

Rice’s claim about not having a chance to kill Soleimani was quickly challenged.

A story in PJMedia reports the Obama administration warned Iran about Israel’s plan to eliminate Soleimani.

In fact, they reached out to Iran with news of Israel's plans.#SusanRice flat-out lied when she said the Obama administration wasn't presented with an opportunity to strike Soleimani.https://t.co/0UoducUVPV

Rice has no credibility because she lied on national TV programs about the terrorist attack in Benghazi in 2012.

At the time, Rice claimed the attack that killed four Americans, U.S. Ambassador Chris Stevens, Sean Smith, Glen Doherty, and Tyrone Woods, was a spontaneous reaction to a YouTube video and not a planned terrorist attack.

When asked about her role in unmasking individuals Rice said, “I know nothing about this.”

It later surfaced that Rice did indeed make requests to unmask individuals associated with the Trump team.

Rice is a political operative who puts Democrat loyalty before the truth and will say anything to protect Democrats from accountability.