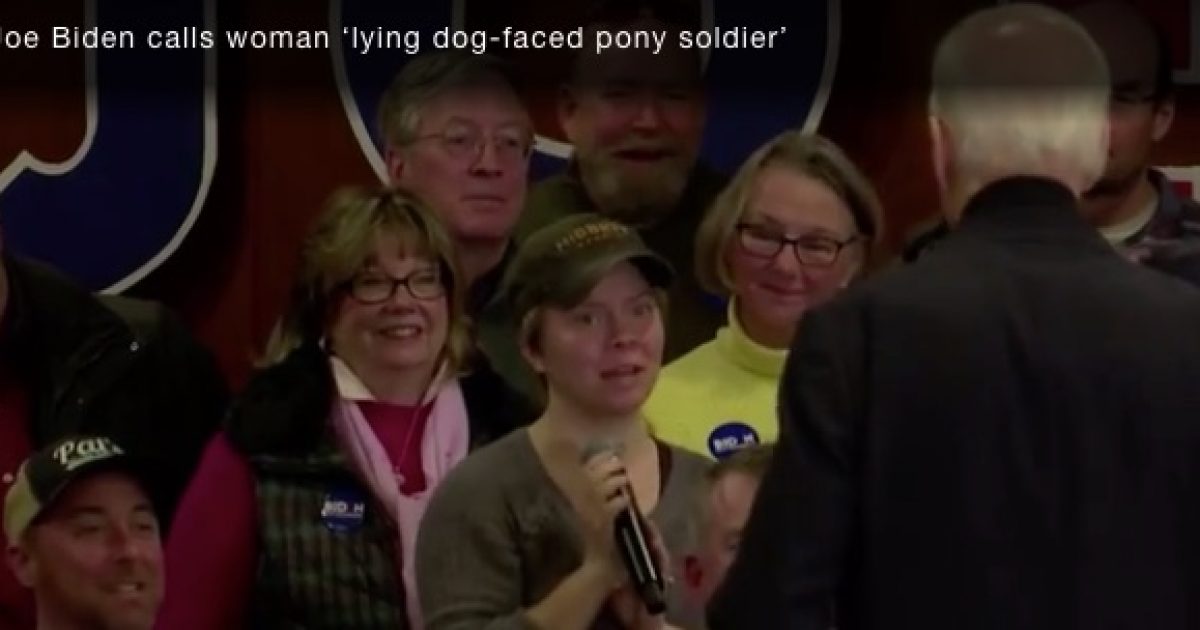 Concerns are not only mounting over Biden’s performance in debates but also at events when dealing with attendees one-on-one, especially when he’s not happy about the questions they raise.

While speaking at an event over the weekend in Hampton, New Hampshire, an attendee asked Biden about his poor performance in Iowa.

The woman, identified as 21-year-old college student Madison Moore, asked, “How do you explain the performance in Iowa and why should voters believe that you can win the national election?”

Biden questioned Moore about ever attending a caucus and followed up his comment by caller her “a lying dog-faced pony soldier.”

Fox News’ @GriffJenkins spoke to the 21-year-old voter Biden called “a dog-faced pony soldier,” Madison Moore, who had this to say:

"A lot of what he’s saying seems to be … very sad … I don’t think he has the momentum to carry this to a national election." pic.twitter.com/RXoofBterU

Last week at a New Hampshire event, an attendee stood up and interrupted Biden about a coal plant and asked what he planned to do about it.

At first, Biden told the woman coal plants were “wiped out” under the Obama administration but she doubled-down saying there’s one near where she lives.

Flustered by her question and push back, Biden told her “We’re working on it, kid! Why don’t you sit down!”

He then turned around and admitted that there are, in fact, still coal plants, including one in New Hampshire pic.twitter.com/v8v8JzDdAQ

During the same event, Biden was heckled by an attendee and tried to shut the heckler down by telling them “don’t be like Trump.”

In January, Biden was challenged by an Iowan voter on climate change. Biden lectured him and told him, “go vote for someone else.”

Biden to Iowa Voter: “You gotta go vote for someone else”

Biden: “You’re not going to vote for me in the primary”

Voter: “I’m going to vote you in the general if you treat me right”

This is how Biden treats people?pic.twitter.com/CkWj6aQBEw

Polling for Biden is not trending in the right direction for him.

Biden’s frustrations continue to rise as his poor performances during debates and campaign events trend downward.