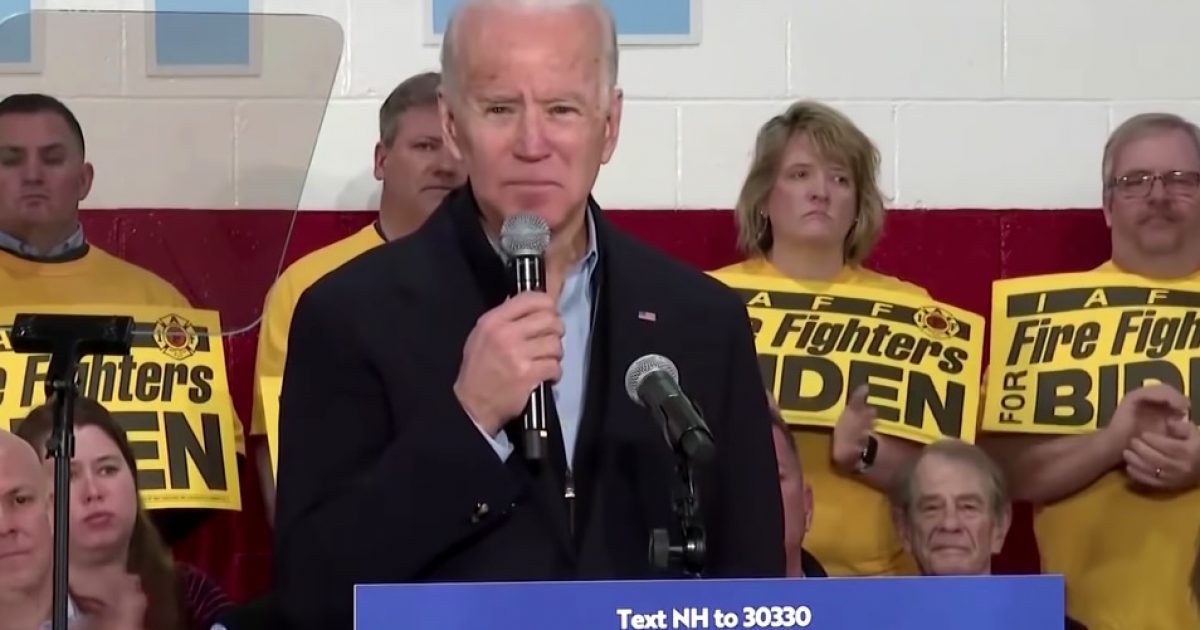 On the heels of a lackluster performance in the Iowa caucuses, Biden’s frustrations were on full display over interruptions at a New Hampshire campaign event.

At the event, Biden tried to downplay his poor performance in Iowa, saying, “I’m not gonna sugarcoat it. We took a gut punch in Iowa.”

Adding to his frustrations, the former vice president was interrupted several times during the event and Biden clearly wasn’t happy.

While speaking to the crowd, an attendee stood up and interrupted Biden by asking what he planned to do about a coal plant in New Hampshire.

At first, Biden told the woman coal plants were “wiped out” under the Obama administration but she doubled-down saying there’s one near where she lives.

Flustered by her question and push back, Biden told her “We’re working on it, kid! Why don’t you sit down!”

He then turned around and admitted that there are, in fact, still coal plants, including one in New Hampshire pic.twitter.com/v8v8JzDdAQ

Making matters worse, Biden was also heckled by an attendee.

Biden tried to shut the heckler down by telling them “don’t be like Trump.”

Clearly, Biden is frustrated over his poor showing in the Iowa caucuses but lashing out at potential voters is not a winning strategy.

Tonight’s debate in Manchester, New Hampshire, is extremely important for Biden and he needs to do much better in Tuesday’s primary than he did in Iowa to keep his campaign moving forward.