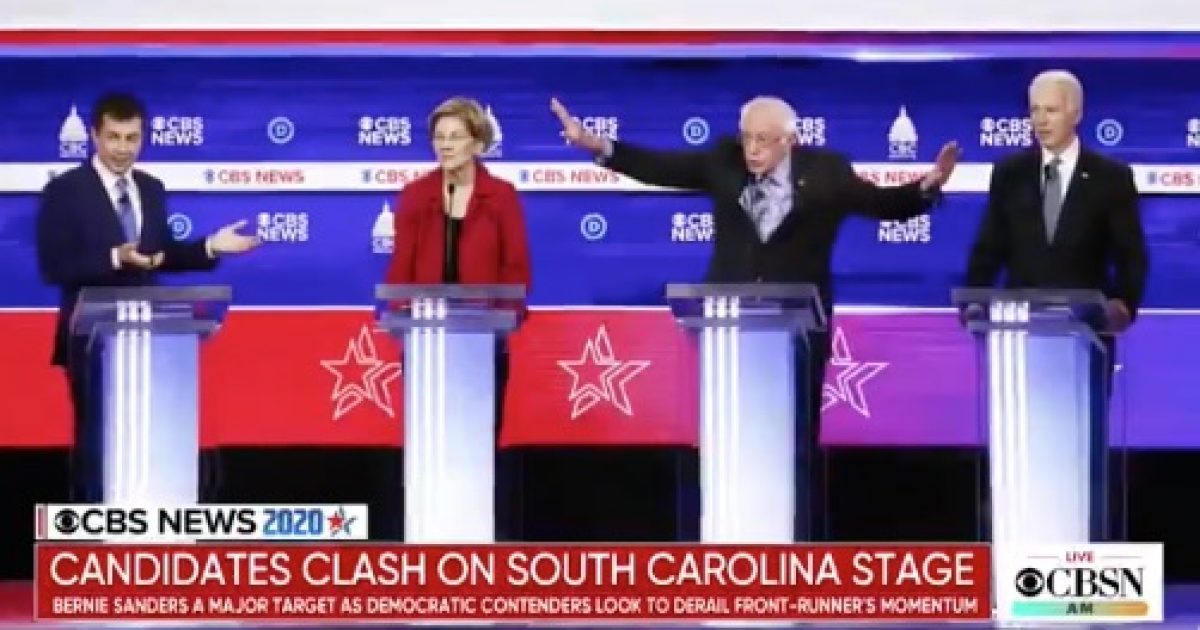 Chaos is the perfect description of the Democrat debate in South Carolina.

The competition among the presidential candidates during the debate was furious and messy as the Democrat nominee hopefuls attacked and shouted over each other in a desperate effort to get attention and political leverage.

The video clip showed a CBS News poll that found 69 percent believed the candidates spent more time criticizing the other candidates than trying to convince voters.

Political analysis of the debate included comments over the way Democrats fought against each other and the feeling that Vermont Senator Bernie Sanders won the debate.

.@lesliesanchez on her main takeaways from the #DemDebate: "Did they continue to rip apart the fabric of the Democratic party? And they did." https://t.co/0ghGRNzOWq pic.twitter.com/IKC8edSBnq

CBS News Poll of Democratic voters who watched the debate:
Debate viewers said national frontrunner Sanders impressed them the most of any candidate, followed closely by Biden and then Warren. pic.twitter.com/3tzyxcN4I4

Sanders survived the attack by the other candidates and he is in a good position to do well in South Carolina and on Super Tuesday.