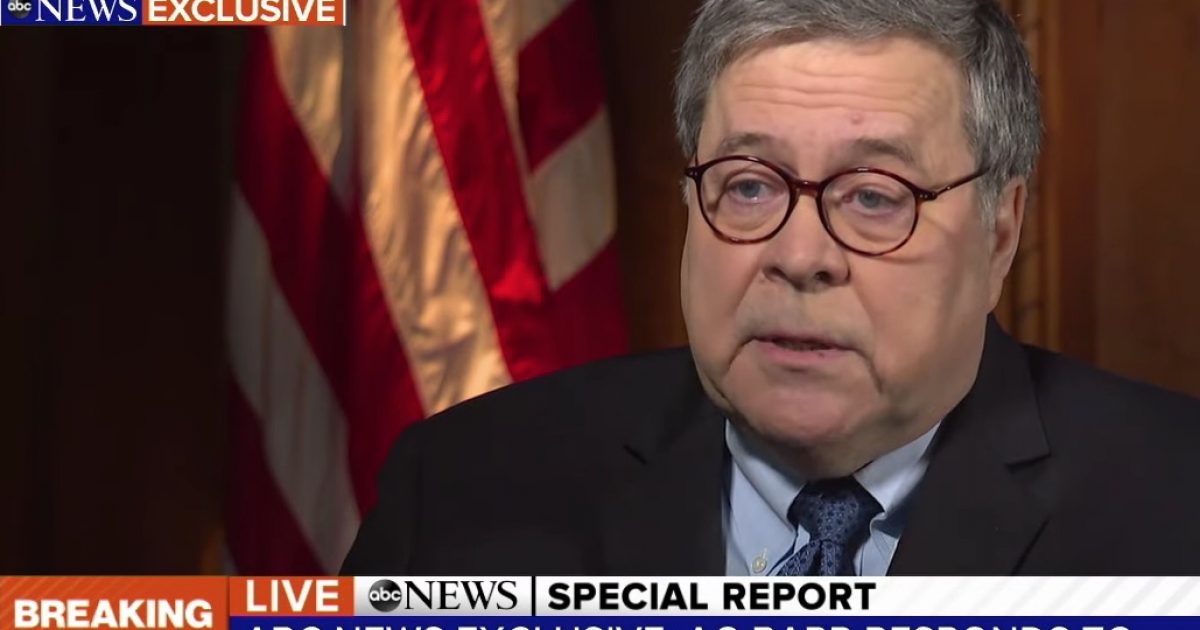 Democrats are calling for investigations into Attorney General William Barr’s decision over the prison sentencing recommendation for Roger Stone.

Stone was convicted of lying to Congress and other charges and the Department of Justice (DOJ) prosecutors initially recommended a sentence of seven to nine years.

However, with Barr’s input, the DOJ asked the federal court for “far less” sentencing.

The DOJ is changing its sentencing recommendation for Roger Stone, according to a Senior DOJ official.
“The Department finds seven to nine years extreme, excessive and grossly disproportionate," the source said, adding the DOJ will clarify its position on sentencing later today

President Trump weighed in on Stone’s sentencing on social media.

This is a horrible and very unfair situation. The real crimes were on the other side, as nothing happens to them. Cannot allow this miscarriage of justice! https://t.co/rHPfYX6Vbv

Congratulations to Attorney General Bill Barr for taking charge of a case that was totally out of control and perhaps should not have even been brought. Evidence now clearly shows that the Mueller Scam was improperly brought & tainted. Even Bob Mueller lied to Congress!

Barr told ABC News that President Trump’s tweets make it “Impossible for me to do my job,” igniting more controversy over Stone’s sentencing.

Importantly, Barr made it clear President Trump hasn’t interfered in his criminal cases, saying, “And I’m happy to say that, in fact, the president has never asked me to do anything in a criminal case.”

“The President has never asked me to do anything in a criminal case.” A.G. Barr This doesn’t mean that I do not have, as President, the legal right to do so, I do, but I have so far chosen not to!

Democrats slammed Barr on the subject.

House Speaker Nancy Pelosi is calling for a DOJ investigation.

By tweet @realDonaldTrump engaged in political interference in the sentencing of Roger Stone. It is outrageous that DOJ has deeply damaged the rule of law by withdrawing its recommendation. Stepping down of prosecutors should be commended & actions of DOJ should be investigated.

2020 presidential candidate Massachusetts Senator Elizabeth Warren is calling for Barr to resign or to be impeached.

Senators Richard Blumenthal (D-CT) and Kamala Harris (D-CA) each sent a letter to the Senate Judiciary Committee calling for an investigation into the DOJ’s decision on the recommended sentencing for Stone.

Blumenthal wrote, “This highly unusual about-face by the Department is stunning and alarming,” and Harris wrote, “We must review these events and assess their impact on the integrity of the Department and our system of justice.”

Sen. Blumenthal calls for AG Barr to resign and says Barr is acting like a "henchman and political operative" of President Trump. https://t.co/KTxJyfmAUr

The anti-Trump media also weighed on.

.@chrislhayes on Barr saying Trump's tweets make it impossible for him to do his job: “It’s clear Barr's job is to enact Trump's corrupt policies. And when you got the President constantly drawing attention to that fact, well it makes it a lot harder for him to get away with it.” pic.twitter.com/Ln5jvkNhFb

Democrats and the anti-Trump media will do everything they can to undermine President Trump because they know they can’t beat him in the 2020 presidential election.