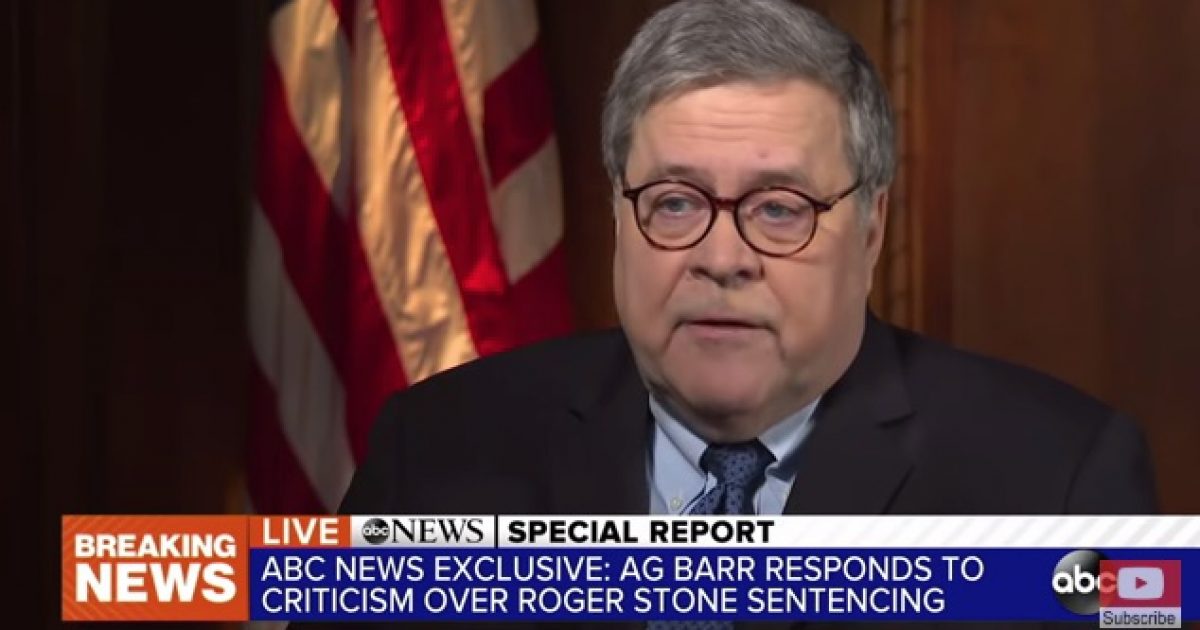 News stories are claiming Attorney General William Barr is threatening to resign over President Trump’s Tweets about the Department of Justice cases.

The stories about Barr possibly leaving the administration follows an interview on ABC News last week where the attorney general said Trump’s tweets make it “Impossible for me to do my job.”

Overriding Barr’s concerns, President Trump continued to Tweet about the unfairness in the judicial system.

“Judge Jackson now has a request for a new trial based on the unambiguous & self outed bias of the foreperson of the jury, whose also a lawyer, by the way. ‘Madam foreperson, you’re a lawyer, you have a duty, an affirmative obligation, to reveal to us when we selected you the….

In response to the news stories, the Department of Justice said Barr does not have plans to resign from his post.

President Trump’s Tweets about the Roger Stone case are causing a backlash from Democrats, media and former Department of Justice officials who are raising concerns that the president’s Tweets are interfering with the judicial system.

At the heart of the matter was Barr changing the sentencing recommendation of career prosecutors in the Roger Stone case.

Critics charge Barr’s move was a result of the president’s Tweets.

Barr said he never talked with the president about the Stone case and he made the decision on changing the sentencing recommendation before President Trump Tweeted about the case.

Career DOJ prosecutors quit the Stone case in a protest which helped ignite the backlash against Barr which promoted a backlash from former Justice Department officials.

Over 1,000 former Justice Department officials urged Barr to resign in a public letter.

Fox News reported on the letter.

It’s not enough for Barr to resign. I want him out of DOJ, disbarred, disgraced, & investigated for obstruction of justice. Barr sabotaged Mueller report, was in on Ukraine plot, & now he wants to free Trump’s criminal friends. In my estimation, they ALL belong in jail!

Democrats and their anti-Trump media allies are engaging in another effort to damage President Trump before the November election.

Barr is a target because he is trying to root out deep state personnel in the DOJ.

Even more concerning to Democrats is the DOJ investigation into the origins of the Russian collusion effort led by former Obama administration officials.

Democrats are trying to damage Barr’s reputation before the results of the DOJ investigation are made public.