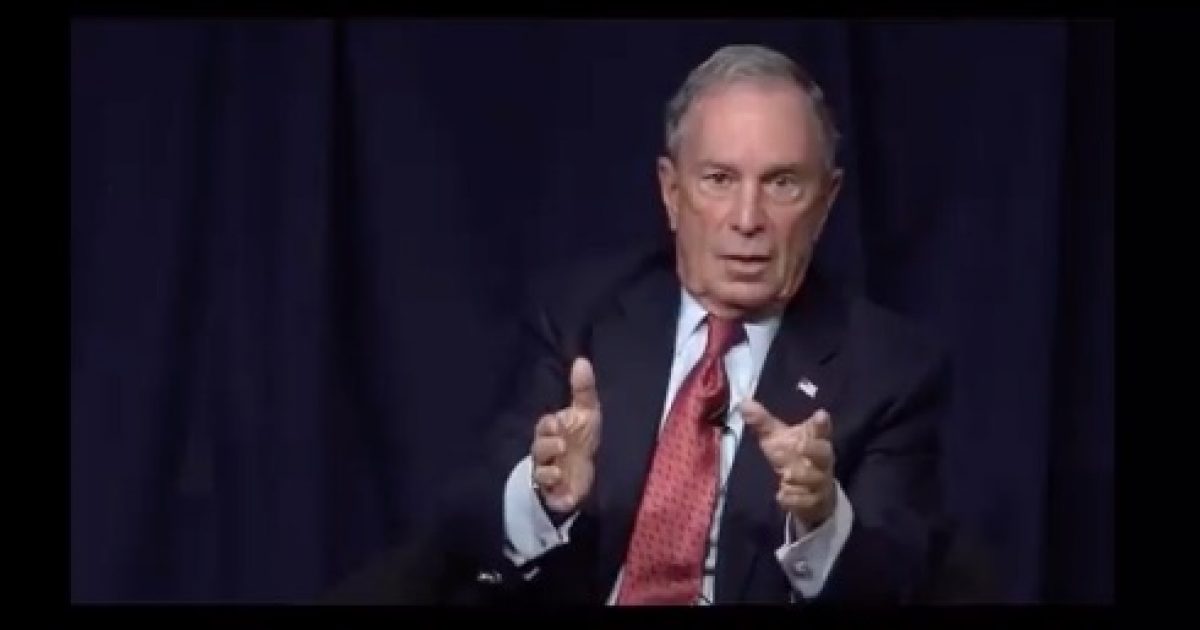 In 2016, Bloomberg was a participant in the Distinguished Speakers Series at the University of Oxford Saïd Business School. Bloomberg told the audience farmers and blue-collar workers didn’t have the “gray matter” to comprehend the information and technology age for jobs.

Bloomberg’s comments about farmers were very condescending, saying, “It’s a process. You dig a hole, you put a seed in, you put dirt on top, add water, up comes the corn,” and that skillsets for farmers and blue-collar workers are “fundamentally different” on how to think and figure things out.

Bloomberg on why farmers can’t work in information technology

The backlash on social media against Bloomberg was swift.

Well, the hard-working American farmers and machinists mocked by diminutive billionaire #MichaelBloomberg for being bereft of “grey matter” may have a few thoughts walking into the voting booth this November. #MiniMike pic.twitter.com/ykINEPdx1E

Like mini-Mike could even begin to figure out this baby? pic.twitter.com/fv3UlVES6O

“The way you should get the guns out of the kids’ hands is to throw them up against the wall and frisk them,” Bloomberg said in 2015.

MSNBC host Al Sharpton was critical of Bloomberg’s aggressive support of his stop and frisk policy.

In addition to demeaning hard-working Americans and his stop and frisk policy, Bloomberg’s treatment of women is also being called into question.

News about the possible Bloomberg-Hillary Clinton ticket surfaced at the same time as a Washington Post opinion piece over his alleged treatment of women.

The Washington Post reports, “Several lawsuits have been filed over the years alleging that women were discriminated against at Bloomberg’s business-information company,” and it’s reported cases were dismissed, settled or closed.

Issues surrounding Bloomberg may come to the forefront soon.

Comments by Bloomberg show he is a progressive elite that looks down on hard-working Americans.

That attitude didn’t work for Hillary Clinton in 2016 and it’s not going to work for Bloomberg either.