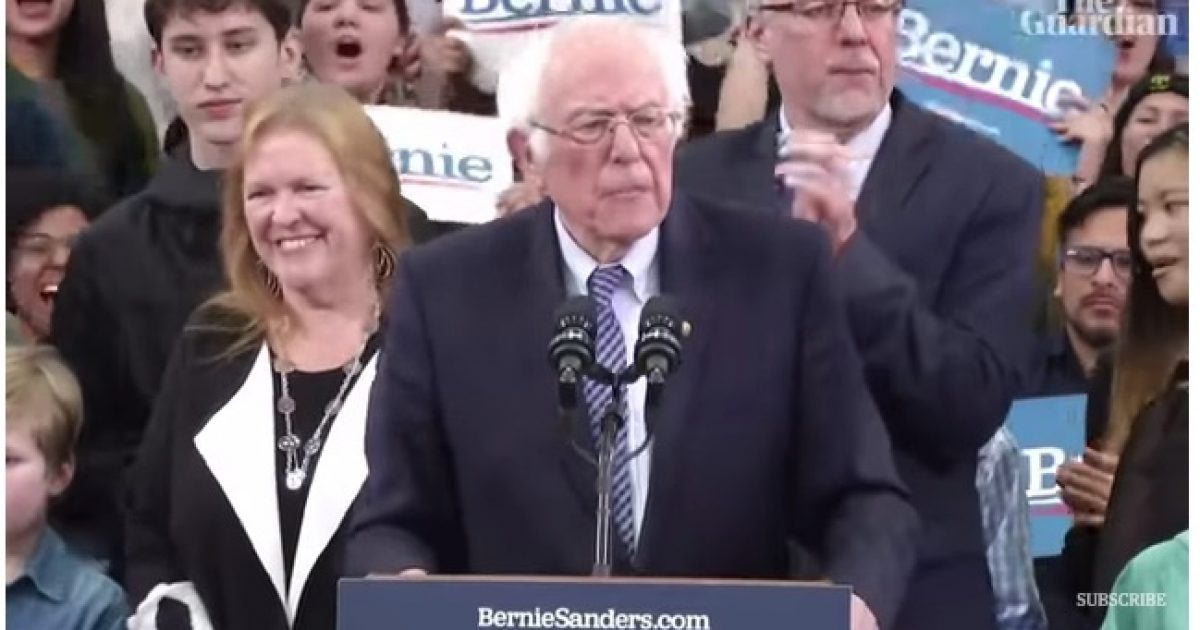 The Democrat establishment is getting very worried about the prospects of Senator Bernie Sanders (I-VT) winning the Democrat Party’s nomination for president.

Warren’s and Biden’s disappointing finish in New Hampshire will likely doom their campaigns.

Sanders’ rise got the attention of former Goldman Sachs CEO Lloyd Blankfein who said Russia would like a Sanders presidency.

If Dems go on to nominate Sanders, the Russians will have to reconsider who to work for to best screw up the US. Sanders is just as polarizing as Trump AND he’ll ruin our economy and doesn’t care about our military. If I’m Russian, I go with Sanders this time around.

Blankfein’s comment was red meat for the Sanders campaign.

This is what panic from the Wall Street elite looks and sounds like. https://t.co/5Di1iFO424

Buttigieg also spoke to his supporters.

According to exit polls, Sanders took the young and liberal vote while Buttigieg and Klobuchar got votes from moderate and conservative Democrats.

Biden skipped his election night party and left New Hampshire while voters were at the polls and headed to South Carolina which he considers his firewall.

Joe Biden on New Hampshire results: “it is important that Iowa and Nevada have spoken”https://t.co/3YmEP6gTBs pic.twitter.com/YvQCs733pT

Blankfein is sounding the alarm about Sanders but he is late to the game.

For years, the Democrat establishment, including big business such as Goldman Sachs, ignored the challenges of the working class people on issues like trade with China and a widening wage gap.

Now, Sanders is riding the wave of left-wing populism.

Sanders is a disaster but Blankfein should look in the mirror and accept responsibility for helping create the rise in socialism in America.

President Trump recognized the concerns of the forgotten men and women and did something about it.