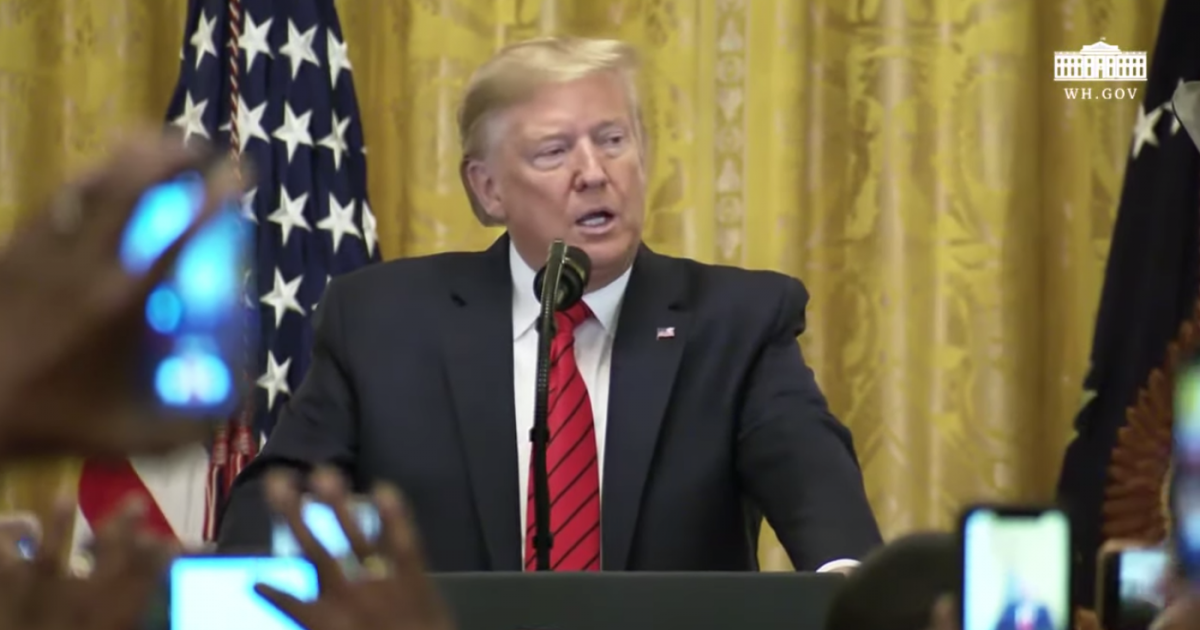 President Trump gave Deneen Borelli a shout out at a Black History Month reception at the White House on Thursday.

Deneen attended two events at the White House; a meeting with President Trump and members of the Black Voices for Trump coalition in his conference room outside the Oval Office, and a reception for black conservatives in the East Room.

During both meetings, President Trump called out Deneen for her role as a black conservative and complimented her on her communication skills.

In the conference room meeting, Deneen told the president she takes a lot of arrows for him and added she fully supports his agenda.

Here are President Trump’s comments about Deneen at the reception: