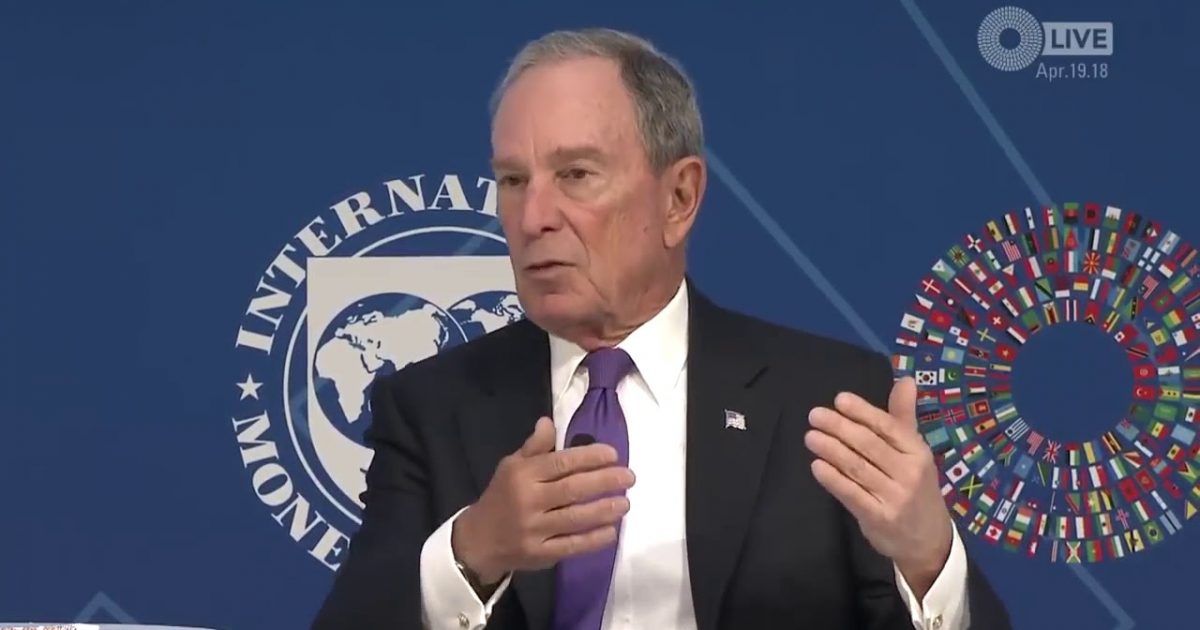 In a recently released 2011 video, Bloomberg explains he would deny medical treatment based on age.

According to Bloomberg, in a hypothetical scenario, a 95-year-old man with cancer would be sent home to die while a younger man would get medical treatment.

Bloomberg explaining how healthcare will “bankrupt us,” unless we deny care to the elderly.

“If you show up with cancer & you’re 95 years old, we should say…there’s no cure, we can’t do anything.

A young person, we should do something. Society’s not willing to do that, yet.” pic.twitter.com/7E5UFHXLue

The cost of medical treatment is the basis of Bloomberg’s rationale for sending an older American home to die.

Bloomberg’s controversial views on medical treatment appeared at the same time another video surfaced where the former New York City mayor insulted the intelligence of farmers and blue-collar workers.

Bloomberg on why farmers can’t work in information technology

Despite his concerning views, a recent poll puts Bloomberg in second place for the Democrat nomination behind Senator Bernie Sanders (I-VT).

In the NPR/PBS/Marist national poll, Sanders got 31 percent and Bloomberg came in at 19 percent.

We’re headed to Nevada! Our campaign is seeing a groundswell of support across the country, and qualifying for the February 19 debate is the latest sign that @MikeBloomberg’s plan and ability to defeat Donald Trump is resonating with more and more Americans. https://t.co/TrPLLBw7T7

Bloomberg’s rise in the polls is attributed to the enormous amount of money he is putting into advertising.

Fox News reported, “…Bloomberg’s shelled out more than $344 million since declaring his candidacy in late November to run ads on TV, Facebook and Google, according to figures from Advertising Analytics, a well-known ad tracking firm.”

So far, Bloomberg has stayed behind the scenes and used advertising to generate national name recognition.

The Democrat debate this Wednesday in Las Vegas will be the first time Bloomberg will face the fire of his competition and given the way he is trying to buy the Democrat nomination, he will be the focus of the attack.