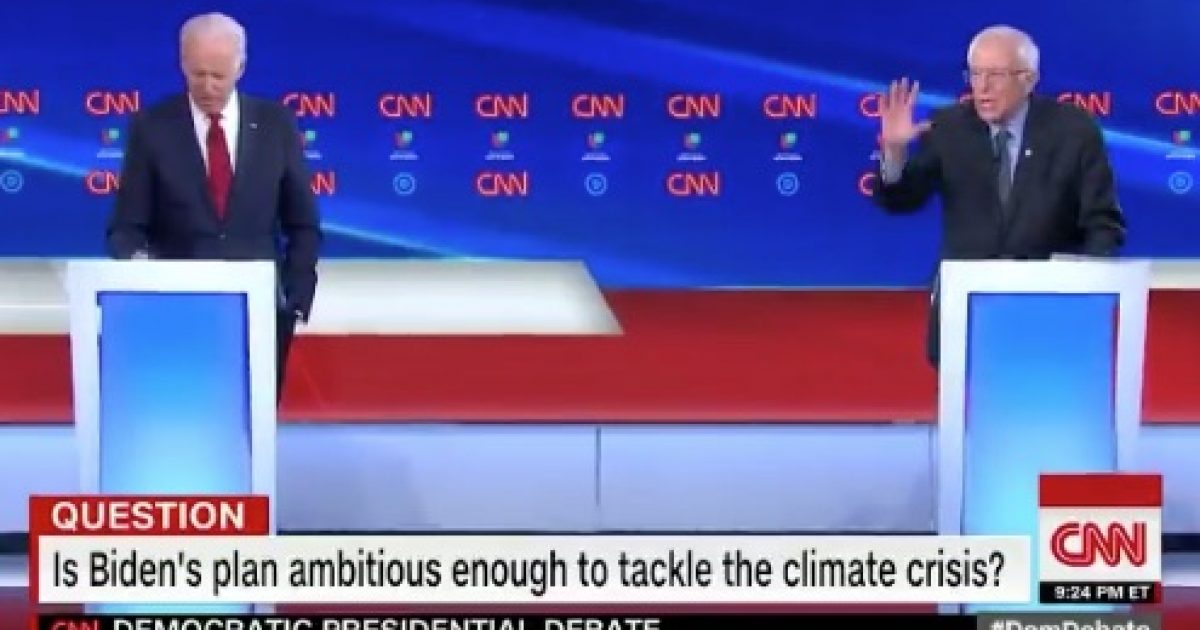 Going into the debate, some believed Biden would not hold up during the two-hour contest and make a huge mistake that would jeopardize his lead in the primary.

Dispelling those concerns, the former vice president held his own and did not make a fatal error.

The candidates debated a wide range of topics including the coronavirus, health care, immigration, and climate change.

The most heated exchange was over government entitlements with Sanders challenging Biden over his past support for making cuts in Social Security and Medicare.

Despite his denial, Biden did support freezing entitlements.

Here’s then-Senator Biden arguing for freezing Social Security and other entitlements on the Senate floor in 1995.

Hear it for yourselves.

During the debate, both presidential candidates doubled down on their disdain for fossil fuels.

Sanders: “I’m talking about stopping fracking … I'm talking about telling the fossil fuel industry that they are going to stop destroying this planet. No ifs, buts and maybes about it.”

Sanders: “I’m not sure your proposal does that.” #DemDebate pic.twitter.com/WW6qGognZ0

Biden also said, “…not another new coal plant will be built.”

Sanders said his Medicare for All plan would cover illegal aliens.

WATCH: Bernie Sanders confirms that so-called "Medicare for All" would include illegal aliens.

Democrats want to raise taxes on middle-class American families and workers in order to give free health care to illegal aliens.#DemDebate pic.twitter.com/tl2vHKhDti

On immigration, Biden argued he would ban all deportations during his first 100 days and after that, only those that commit felonies would be deported.

He once again moved far to the left, and now supports sanctuary cities to protect illegal aliens, undermining the rule of law.#DemDebate pic.twitter.com/6wGOX6sVKf

Now that the Democratic field has narrowed with Biden and Sanders the last two candidates standing, Americans can clearly see the extreme ideas proposed by both candidates.