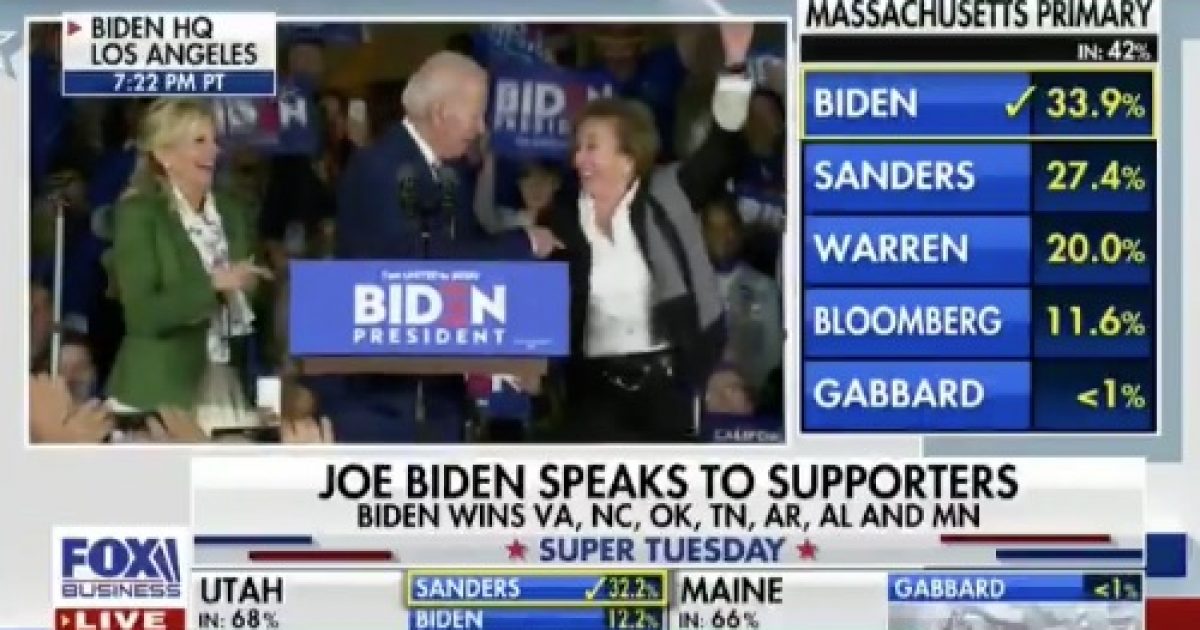 Biden had big victories in Super Tuesday, including surprise wins in Massachusetts and Texas.

After a successful Super Tuesday night, Biden confused his wife Jill with his sister Valerie.

WATCH: Joe Biden confuses who his wife is and who his sister is during Super Tuesday speech. pic.twitter.com/79HyNCPnHB

Joe Biden: "This is my little sister, Valerie! No wait…this is my wife!"

Biden’s been blundering along throughout his presidential campaign.

At an event in South Carolina, Biden told the audience he is “a Democratic candidate for the United States Senate,” and didn’t realize he made the mistake.

Your son was not the "Attorney General of the United States." pic.twitter.com/QnoT0xKvCW

President Trump tweeted a montage of Biden’s blunders on the campaign trail.

WOW! Sleepy Joe doesn’t know where he is, or what he’s doing. Honestly, I don’t think he even knows what office he's running for! pic.twitter.com/454v9GFpgF

Democrats will either choose a socialist or a blunder machine to represent their political party in November.