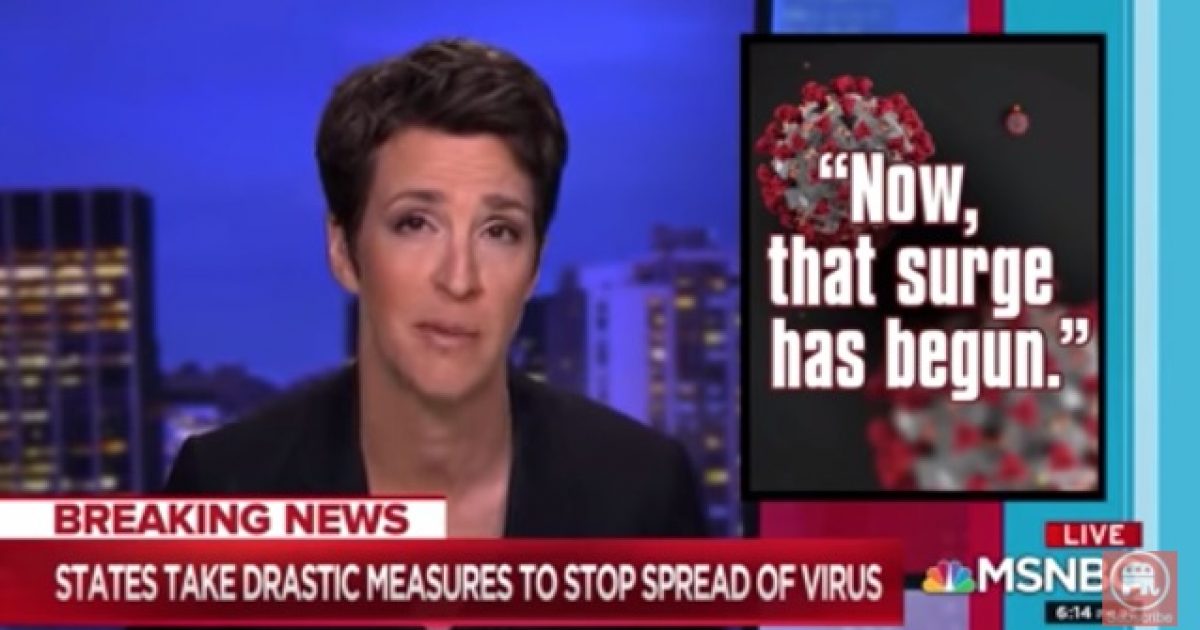 On March 20, Maddow called the president’s timing “nonsense” and went on to assert the ships would “…not be there next week.”

The problem for Maddow is only ten days later, the USNS Comfort pulled into New York City on March 30 and the USNS Mercy arrived in Los Angeles on March 27.

Here is Maddow’s comments about the Navy hospital ships:

We knew from the outset that expanded hospital capacity was critical.

We asked and the federal government answered.

This ship is a step forward in our fight against Coronavirus. pic.twitter.com/r6Hj8NL9JH

Maddow was completely wrong about the Navy hospital ships but the truth does not matter at MSNBC.

The entire cable network, including its hosts and guests at MSNBC, traffics in anti-Trump propaganda.

In fact, the entire business model at MSNBC is built on undermining President Trump.