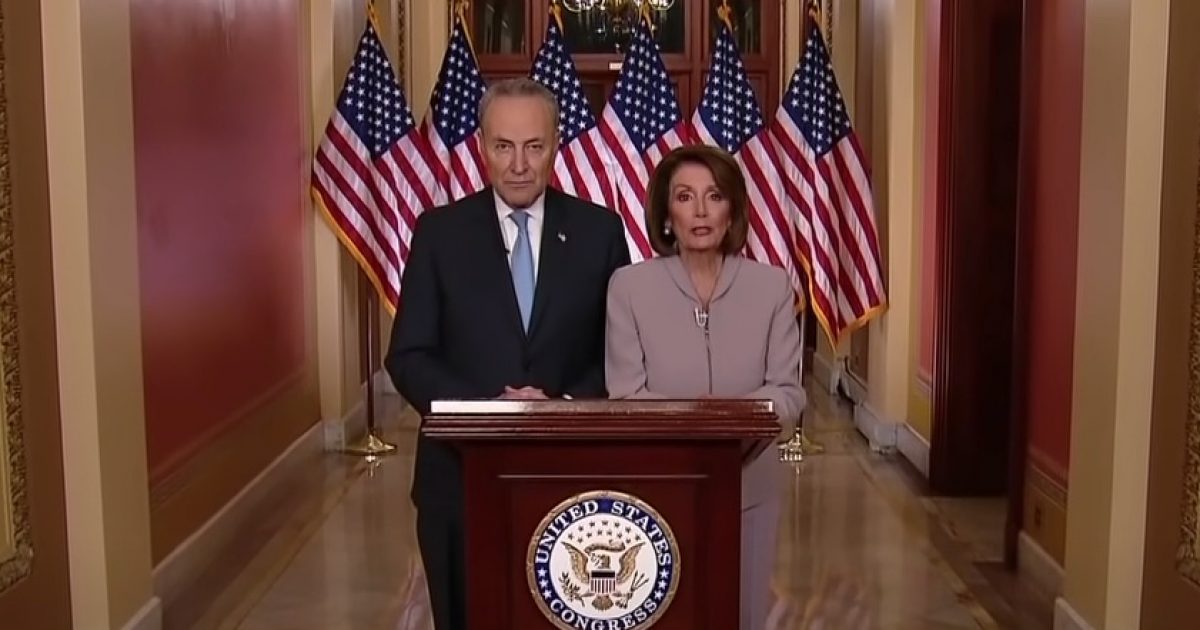 Democrats in the Senate refused to add an additional $250 billion for small business relief sought by President Trump.

New funds are needed because Treasury Secretary Steven Mnuchin believes the Paycheck Protection Program (PPP) will run out of funds.

The move means that Congress won’t pass an expansion of the Paycheck Protection Program, which is running out of money, until next week at the earliest.

Hospitals and our state & local governments are carrying much of the burden of fighting the coronavirus. We must make sure they have the resources they need to succeed. @MadMoneyOnCNBC #FamiliesFirst pic.twitter.com/G1vxB51GeW

Democrats blocked the Republican effort for small businesses and demanded the bill include funds for state and local governments as well as hospitals.

Pelosi called the Republican effort a “stunt” and made it clear she wants to use additional funds to meet her political agenda saying, “everything is an opportunity.”

Also, Pelosi talked about “racial disparities” saying she aims to use the new rescue relief bill for “a path to diminishing those disparities” in America.

The economic consequences of coronavirus lockdowns are growing.

JPMorgan Chase has dimmed its view of the future yet again, now saying the nation’s gross domestic product (GDP) could sink by as much as 40 percent in the second quarter due to the coronavirus pandemic, according to CNBC.

Testing is the key to reopening our economy. We must have a clear picture of just how the coronavirus is affecting our communities. @MadMoneyOnCNBC #FamiliesFirst pic.twitter.com/gj5vXDIlJl

In an interview with Politico, Pelosi cautioned President Trump about opening up the economy too soon, saying, “I would hope that the scientific community would weigh in and say, ‘You can’t do this, it is only going to make matters worse if you go out too soon.”

Pelosi and Democrats are exploiting the public health emergency created by the coronavirus to advance their radical political agenda.

It’s a repeating pattern – the passage of the Coronavirus Aid, Relief and Economic Security Act (CARES) was delayed for about a week because Pelosi tried to load the bill with non-emergency relief items such as changing election laws and Green New Deal provisions.

The efforts by Democrats show without a doubt that they care more about power than the welfare of Americans.