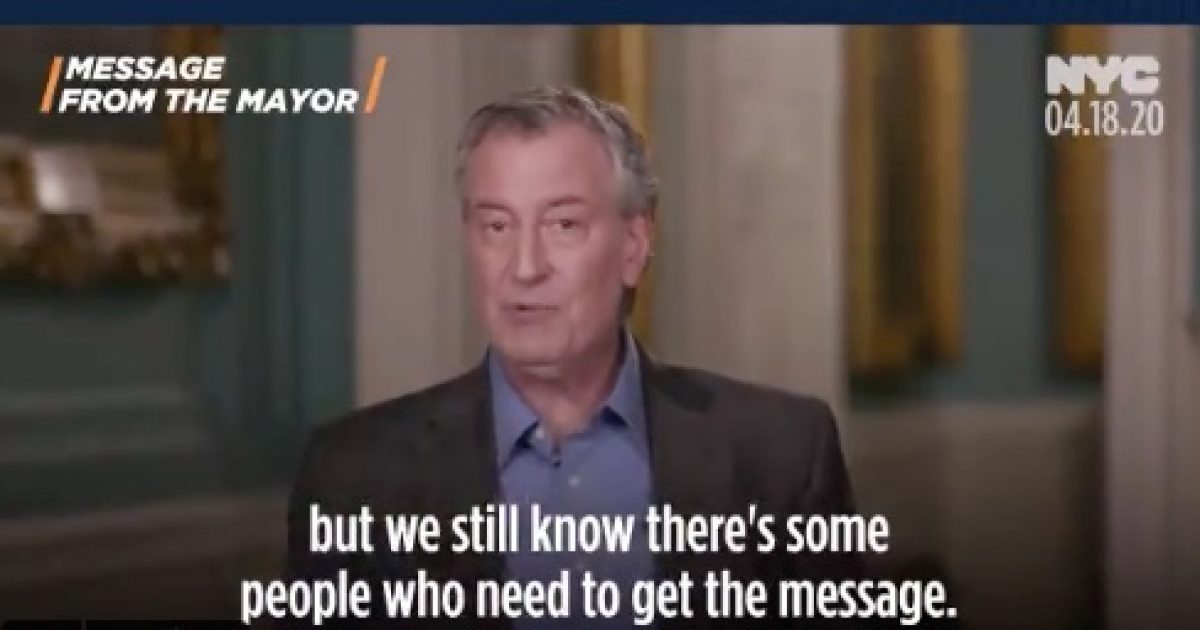 Since de Blasio made the directive, texts and calls about complaints have gone through the roof.

Last weekend, de Blasio announced a special tip line for New Yorkers to report social distancing violators because “there’s some people who need to get the message.”

People are urged by de Blasio to take a photo, mention the location, and law enforcement will be on the way.

How do you report places that aren’t enforcing social distancing? It’s simple: just snap a photo and text it to 311-692. #AskMyMayor pic.twitter.com/WQdCcVf1Rl

Those in violation of the social distancing mandate could face summonses, arrests, and a hefty fine of up to $1,000.

Prior to de Blasio’s announcement, complaints “ranged from a low of 262 to a high of 963,” however, the numbers spiked thereafter.

But on Sunday — the day after de Blasio rolled out his New Squeal initiative — the figure surged to 1,305, which comprised more than 25 percent of 311’s total 5,123 calls for the day, data show.

Critics flooded the tip line and pushed back on de Blasio’s orders on social media which in some posts included explicit gestures and language.

Comrade Wilhelm, what number do we call to report the 850 million dollars that went missing at the mental health project your wife was in charge of?

I just texted my report pic.twitter.com/46POdNc9Pb

The Daily Mail reports things got so bad with crank complaints, prank memes, and harsh criticism that the hotline was forced to temporarily shut down.

de Blasio’s controversial mandate for New Yorkers to snitch on each other for disobeying coronavirus social distancing orders is a textbook example of police state tactics.