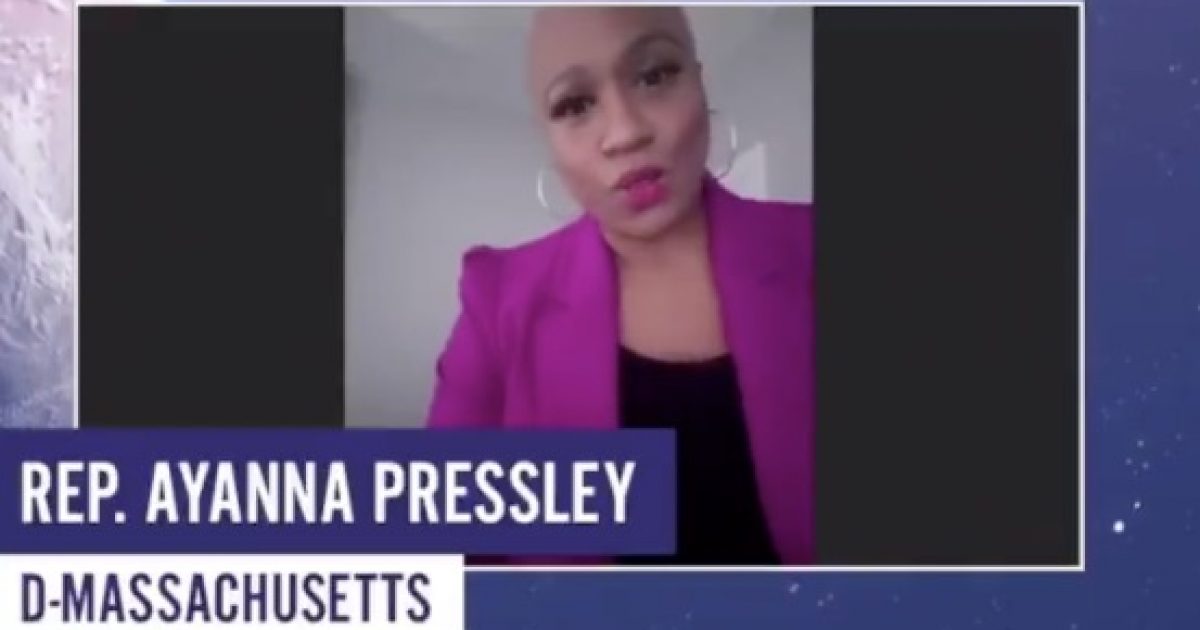 Progresssive Representative Ayanna Pressley (D-MA) went after President Trump and his administration over the handling of the coronavirus.

During a virtual meeting with fellow House Democrats, progressive organizations and others, Pressley complained about the administration’s actions saying, “it’s akin to war crimes” and called to “reject any calls to return to normal.”

“So as far as I’m concerned, what’s happening with this administration, it’s akin to war crimes — criminal negligence, science denials, a sluggish response,” she said without elaborating further.

Congresswoman Ayanna Pressley is accusing the Trump administration of "war crimes" and “criminal negligence” for their Coronavirus Response.

Rep. Ayanna Pressley: "As far as I'm concerned, what's happening with this administration is akin to war crimes." pic.twitter.com/pnirlXPH7e

Pressley also said there is “systemic and structural injustice” and that the coronavirus “disproportionately bore by black and brown communities is no surprise to anyone on this phone.”

The participants called for far-left policies to be included in future coronavirus relief policies.

The demands by left-wing members of Congress include a guaranteed income for individuals and families for an extended period of time; universal health care; debt forgiveness; and housing guarantees.

Critics hit back at Pressley on social media.

Which shows that Pressley has absolutely no idea what she's talking about.

It is almost like they want to knowingly harm this country….

This woman is a war crime.

Isn’t amazing her state is one of the hot spots in the country and she had time to sit around flapping her mouth about people that are actually doing something for her state and alike.

Whatever happened with the Russians ?

Pressley’s comments accusing President Trump and his administration of war crimes are irresponsible and reckless.

Democrats are exploiting the coronavirus to advance their radical political agenda.