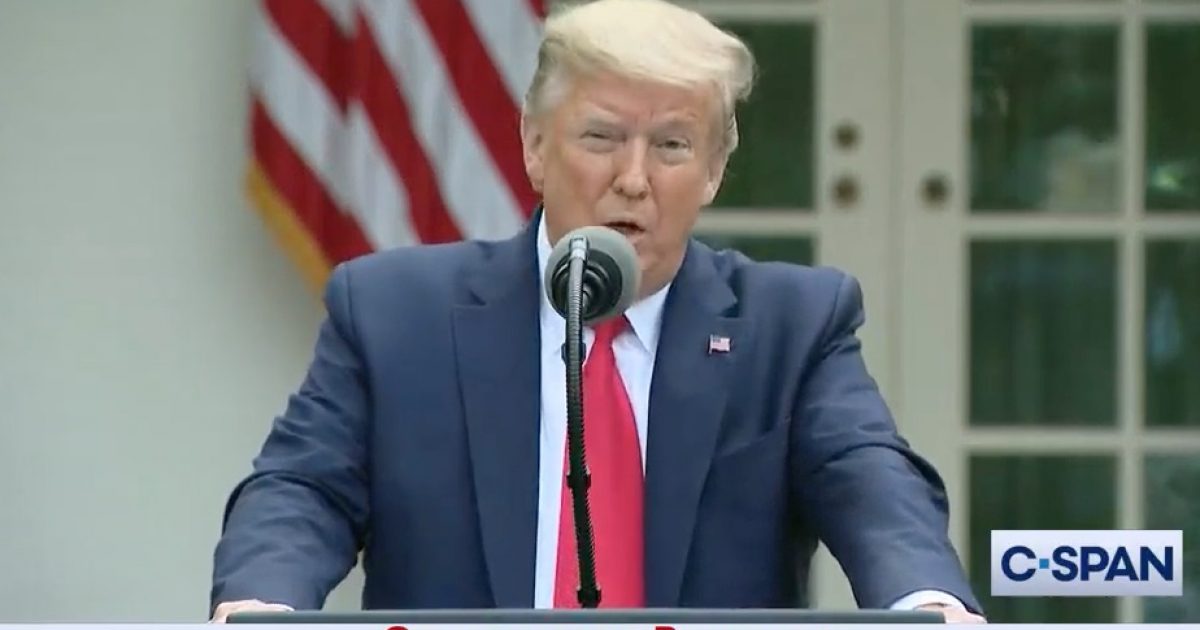 President Trump announced on Tuesday U.S. taxpayer money to the World Health Organization (WHO) will be halted “while a review is conducted.”

The president made the call during a press briefing in the White House Rose Garden over the way the United Nations agency addressed the coronavirus.

The WHO is being criticized for protecting China’s interests regarding the coronavirus pandemic.

For example, the WHO promoted China’s inaccurate statement that the coronavirus can’t be transmitted from human to human.

President Trump said, “We have deep concerns whether America’s generosity has been put to the best use possible.”

President @realDonaldTrump is halting funding of the World Health Organization while a review is conducted to assess WHO's role in mismanaging the Coronavirus outbreak. pic.twitter.com/jTrEf4WWj0

Following the announcement, the anti-Trump media criticized President Trump for withholding funds to the WHO.

.@Acosta accuses @realDonaldTrump with another distraction this time with @WHO

Seriously, I don’t know how you have a job with all the lies you have reported @CNN is nothing more than soap opera journalism #COVID19 pic.twitter.com/GIhgUlUdu6

So on Tuesday, the president tried to shift the blame elsewhere, ordering his administration to halt funding for the World Health Organization and claiming the organization made a series of devastating mistakes as it sought to battle the virus.

Last week, the WHO criticized President Trump when he said he was considering suspending funding from the organization.

WHO Director Dr. Tedros Adhanom Ghebreyesus took a shot at President Trump, saying, “If you don’t want many more body bags you refrain from politicizing it – please quarantine politicizing COVID.”

The anti-Trump media is ignoring the root cause of the coronavirus, China, and the fact the WHO is misleading the world over the severity of the crisis.

President Trump made the right decision to suspend taxpayer financial support to the WHO because they are a substantial part of the problem.