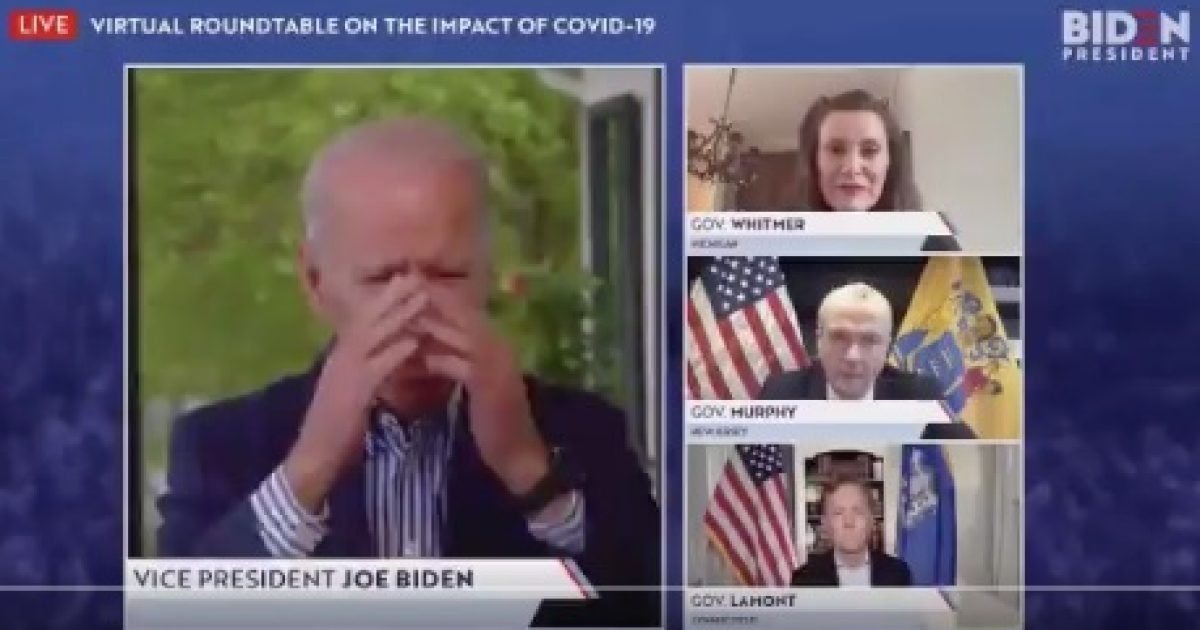 While presumptive Democrat candidate former Vice President Joe Biden is squirreled away in his basement over COVID-19, blunders and missteps continue to follow him during his virtual campaign appearances and tv interviews.

Yesterday, Biden’s live-streamed speech near his garden was filled with interruptions, including honking geese, a walk-on appearance by a presumed Secret Service agent, and a ringing cell phone.

Biden jokes that the Canadian geese honking VERY LOUDLY in his pond "are trying to get away from the virus." pic.twitter.com/HNBSwub8Eu

TV interviews are also a problem for the former vice president.

During an MSNBC interview, Biden didn’t realize a caller’s question was prerecorded as he responded to them by name.

Biden also discussed the Tara Reade sexual assault allegation on MSNBC saying, “I wouldn’t vote for me if I believed Tara Reade.”

In March, Biden had an issue with the teleprompter and the mishap didn’t go unnoticed on social media.

Oh. That is the hand gesture Joe Biden is making at the 22 second mark: “Move the teleprompter along.” You would think they could do another take. pic.twitter.com/VYcJqR69ot

Discussing the economy last month during a CBS Miami interview Biden said, “we won’t be able to have economic intercourse around the world.”

.@JoeBiden: What we need is more “economic intercourse” pic.twitter.com/zLa8hqspC0

Earlier this month Biden held an online Florida campaign rally and was mocked over glitches and him not knowing he was live following his introduction saying, “They introduced me? Am I on?”

Biden’s bloopers and mishaps during his virtual events and TV interviews continue to pile up which will add to concerns about his competency to be the president.