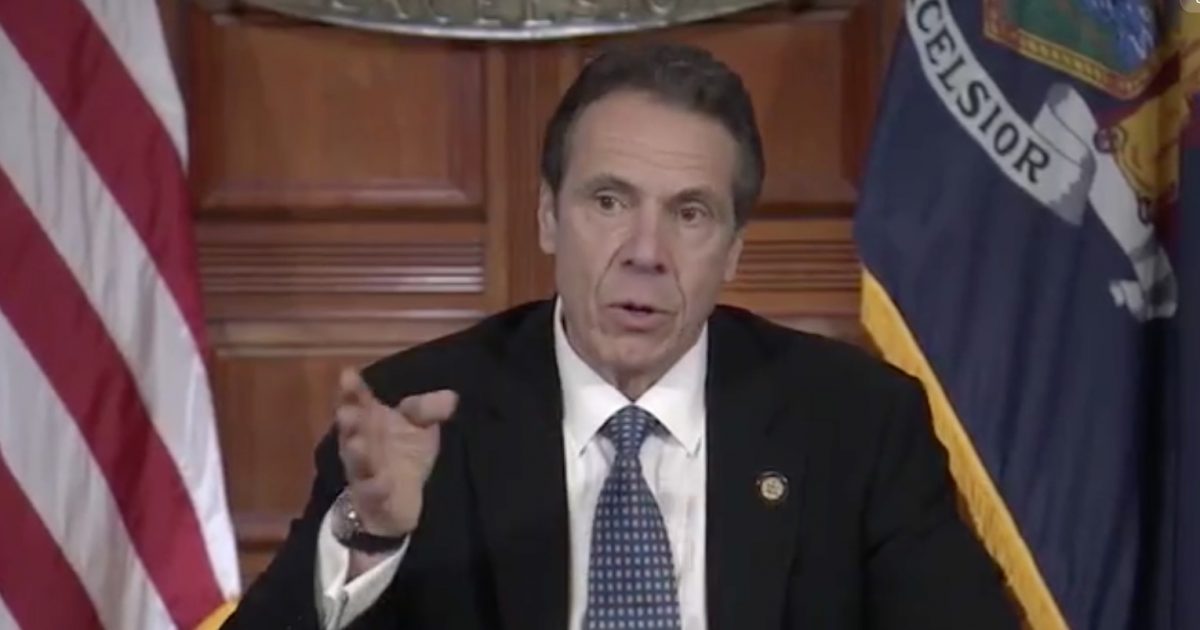 Facing mounting criticism, New York Democratic Governor Andrew Cuomo is lashing out at others to deflect responsibility from over 5,000 nursing home deaths tied to his directive that forced COVID-19 patients into elderly-care facilities.

In recent days, Cuomo blamed others for the COVID-19 deaths including President Trump, the elder care facilities — and shockingly — the elderly themselves.

Because, according to him, “Older people, vulnerable people, are going to die from this virus.”

Cuomo added, “Despite whatever you do.”

In fact, the decision to order infected patients into elder-care facilities is analogous to early examples of biological warfare, during which healthy people are purposely exposed to disease carrying victims and clothing.

It’s hard to underestimate the stupidity of Cuomo’s Health Department decision given what was known early on about COVID-19 and the resultant pandemic.

Global reports have detailed the elderly who, trapped in nursing homes, were the most vulnerable to the virus.

An April 30 Politico.com story, “The ‘Silent Massacre’ in Italy’s Nursing Homes,” describes the devastating impact of COVID-19 on the peninsula and in other countries.

The story mentioned a report by the London School of Economics finding ” . . . in Italy, Spain, France, Ireland and Belgium between 42% and 57% of deaths from the virus,” occurred in elder-care homes.

A study posted on the JAMA (Journal of the American Medical Association) Network on March 23 reported the significant death rate of individuals by age where just over 20% of the deaths in Italy as of March 17 were over 80-years-old and almost 13% for those in the 70 to 79 year old age bracket.

Of significance, Italians under 60 years old had a dramatically lower fatality rate.

Closer to home, a long-term care facility in Washington State was the site of the first hot spot of COVID-19. The Life Care Center in Kirkland, Washington had an epidemic of COVID-19 that ravaged the facility starting at the end of February.

National newspapers including The Washington Post and The New York Times covered the outbreak at the Life Care Center on March 7 and March 21 respectively — both before Cuomo’s nursing home policy was issued.

On March 18, the CDC issued a report on the Life Care Center describing the outbreak in detail and concluded, “The findings in this report suggest that once COVID-19 has been introduced into a long-term care facility, it has the potential to result in high attack rates among residents, staff members and visitors.”

Yet Cuomo and his team ignored worldwide and national data.

Armed with data from Italy and other countries coupled with the information from the Washington State elder-care facility, the logical health response would be to do everything to protect the elderly.

Inexplicably, the state did the opposite and ordered individuals with an extremely contagious disease into facilities packed with the elderly, many of which given the age of the residents would presumably be dealing with chronic diseases making it less likely they could recover from a COVID-19 infection.

While the state’s decree was incredibly foolish, Cuomo’s decision not to immediately reverse it when questioned about it is inexcusable.

During his April 20 press briefing, Cuomo said he didn’t know about the March 25 policy but even if the claim of ignorance was true, he waited until May 10 to end his mandate.

The delay in policy change likely caused more avoidable deaths of the most vulnerable New Yorkers.

Cuomo’s actions to deal with COVID-19 are the exact opposite of his words. In an effort presumably to distinguish himself from President Trump, the governor touted his focus on facts and science to develop his COVID-19 policy.

Thousand of families in New York are suffering because Cuomo’s words didn’t match his actions. There was plenty of data available to execute a science-based policy.

Cuomo’s effort to deflect blame for his mismanagement of the COVID-19 crisis shows his character is as flawed as his decision making.

Tom Borelli, Ph.D., is a contributor to America’s Voice News, a Newsmax Insider and a conservative TV and radio political commentator.