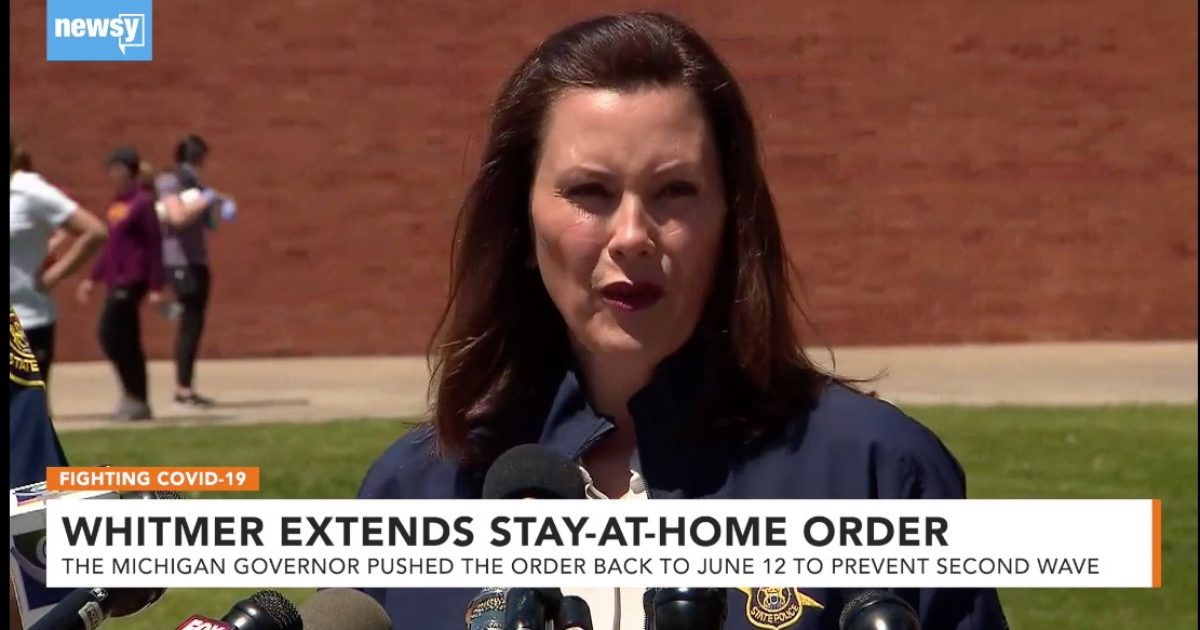 Marc Mallory, the husband of Michigan Democrat Governor Gretchen Whitmer, leveraged his wife’s name to seek special treatment over the family’s boat, according to news reports.

A Michigan dock company is claiming Governor Gretchen Whitmer’s husband dropped name-dropped her when he asked to have his boat placed in the water off their lakefront home – even as his wife urged people not to travel to the area. 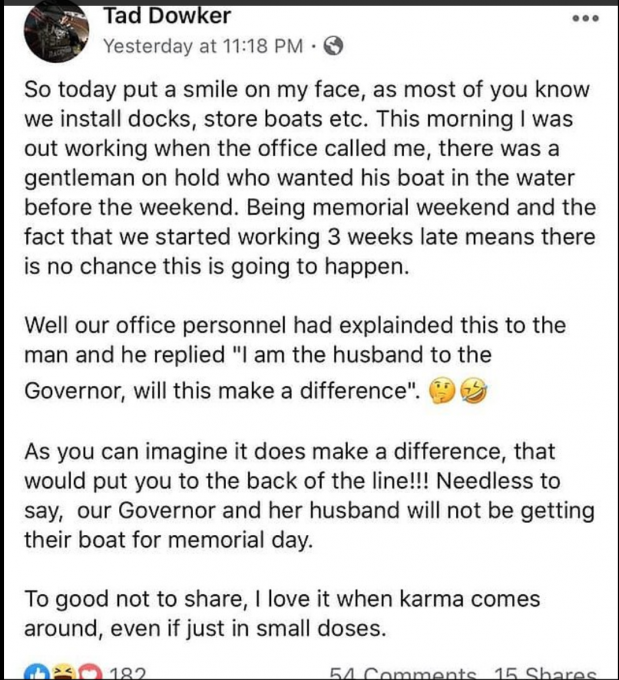 Whitmer’s office refused to discuss the claim made by Dowker.

“Our practice is not to discuss the governor’s or her family’s personal calendar/schedules. And we’re not going to make it a practice of addressing every rumor that is spread online,” Whitmer spokeswoman Tiffany Brown said.

Whitmer’s husband’s request conflicts with her stance for Michigan residents not to fully utilize vacation homes during the COVID-19 outbreak.

Republican State Senator Tom Barrett pointed out the hypocrisy between what the governor says and what her husband wanted.

An Iraq War veteran, Barrett said, “In the Army, we have a tradition that the leaders get in line for chow last behind everyone else in the unit.”

Barrett added, “Her family is trying to cut people in line.”

Whitmer is already facing criticism and protests for going way too far with her state lockdown strategy and her husband’s request, coupled with her refusal to discuss the matter, will only add to the growing outrage over her policies.