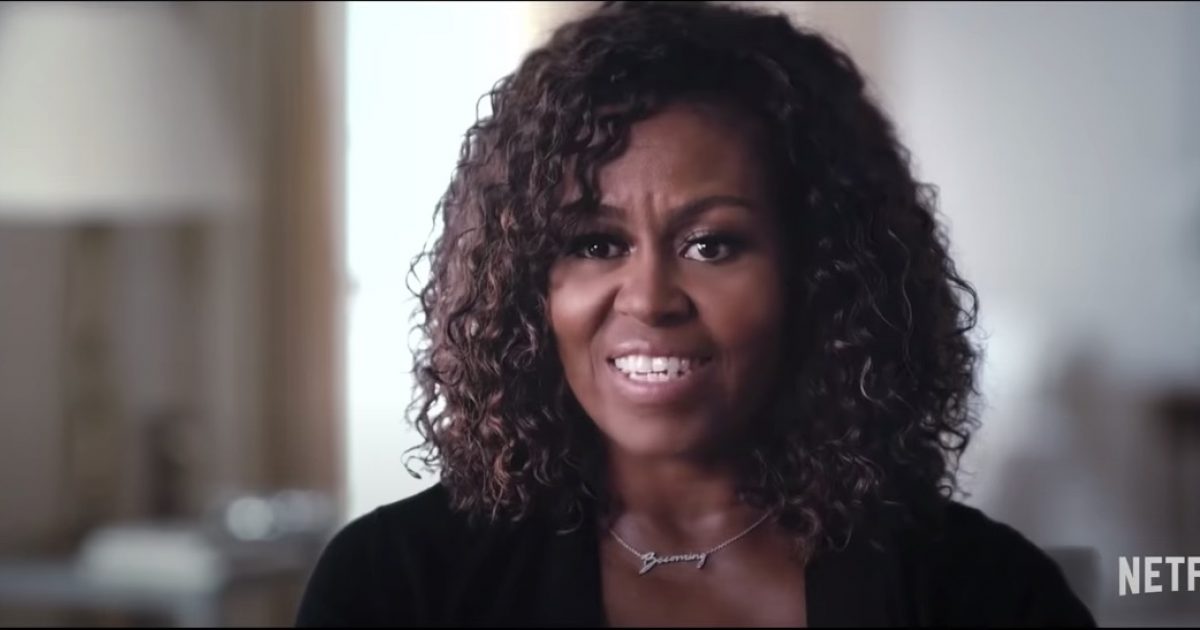 Obama’s views are part of a Netflix documentary “Becoming,” which is based on her best selling book.

The Daily Beast reported on the Netflix film which documents her book tour of over 34 cities and will be released on May 6.

Specifically, Obama expresses her feelings that low voter turnout including among blacks was responsible for Hillary Clinton’s loss.

Twice, she talks about how painful it is to her that black voters didn’t turn out to vote for Hillary Clinton, calling the decision not to vote more painful to her than those who voted for Trump.

In the film BECOMING, you will get to know an extraordinary young woman, Shayla, and her family. Their love and sacrifices for each other will inspire you, and I can’t wait to share their story. #IAmBecoming pic.twitter.com/zftDKHtKnO

In addition to the Netflix film, there is an effort to push Obama for presumptive Democratic presidential nominee Joe Biden’s choice for vice president.

The Federal Election Committee shows the establishment of the effort called “Committee to Draft Michelle Obama.”

Blaming black voters and others for Hillary Clinton’s loss is typical for Obama who is quick to point fingers at others.

Clinton was a horrible candidate and it’s fundamentally insulting to view black voters as hers.

Moreover, President Trump’s victory was in part a reflection of eight years of failed policies by her husband.

Nevertheless, Obama has and will be cashing in on her fame.