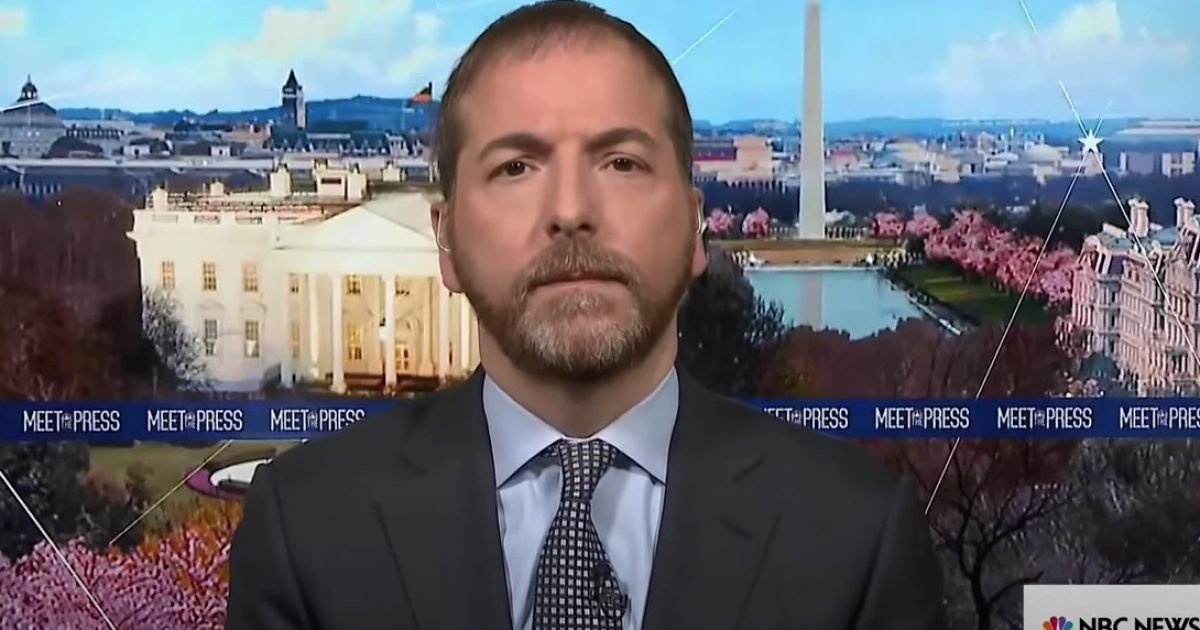 Last week, the DOJ dropped the case against Flynn and the House Intelligence Committee released transcripts of its investigation of possible collusion between the Trump campaign and Russia.

Flynn was charged with lying to the Federal Bureau of Investigation (FBI) over his conversation with the Russian ambassador.

NBC News and Todd are under fire for not airing the full clip of the interview with CBS News reporter Catherine Herridge and Barr.

Very disappointed by the deceptive editing/commentary by @ChuckTodd on @MeetThePress on AG Barr’s CBS interview.

Compare the two transcripts below. Not only did the AG make the case in the VERY answer Chuck says he didn’t, he also did so multiple times throughout the interview. pic.twitter.com/PR1ciceMmE

The completely dishonest editing by Chuck Todd on Meet the Press is exposed below.

Attorney General Bill Barr DID “make the case” that he was upholding the rule of law, but Todd uses deceptive editing to leave that part out.

Today on Meet The Press, @chucktodd wildly took context out of an answer AG Bill Barr gave about his decision to drop the case into Gen. Michael Flynn.

I cut Todd's segment along with Barr's full answer together. Look at how blatantly dishonest this is. pic.twitter.com/tODOEwL48V

Following outcry over the edited clip, a statement was issued from the “Meet the Press” social media account saying “we inadvertently and inaccurately cut short a video clip.”

You’re correct. Earlier today, we inadvertently and inaccurately cut short a video clip of an interview with AG Barr before offering commentary and analysis. The remaining clip included important remarks from the attorney general that we missed, and we regret the error.

President Trump said “Todd should be FIRED” on social media.

Sleepy Eyes Chuck Todd should be FIRED by “Concast” (NBC) for this fraud. He knew exactly what he was doing. Public Airwaves = Fake News! @AjitPaiFCC @FCC https://t.co/fLTDhjMXo4

Critics weighed in on social media.

Just precious. After being caught by @KerriKupecDOJ for selectively editing AG Barr statement on Flynn @MeetThePress doesn’t apologize but note they “inadvertently” cut short the video. They would slam conservatives as liars if they did they same, when they do it they “update” https://t.co/NiHtOcX2mU

A tweet in no way covers the error. https://t.co/Co5vRzYUIt

Will you be issuing an on air retraction?

Yes Shem, they will be issuing the retraction as soon as they can find a talking Unicorn to come on air & deliver it.

It’s outrageous for NBC News and Todd to mislead viewers by distorting information from Barr’s interview.

NBC News and Todd must be held accountable for using the airwaves to promote anti-Trump administration propaganda.