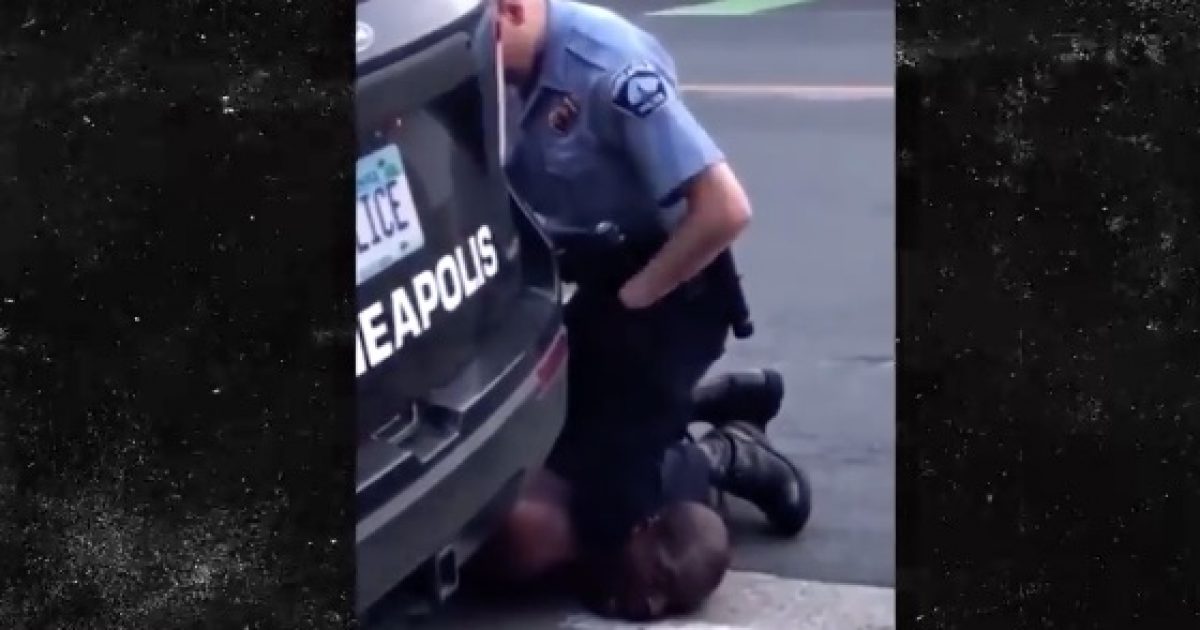 Outrage over the death of 46-year-old George Floyd, a Minnesota black man who died while being arrested by police, turned violent.

Floyd’s arrest was caught on video and went viral showing he was pinned down by a white police officer’s knee to his neck.

Also on the video is Floyd saying he could not breathe.

Americans across the country expressed their outrage over the circumstances of Floyd’s death including former law enforcement.

I was in law enforcement for 16 years and obviously fully support all first responders!

But this right here, is indefensible! The man was cuffed already!

DOJ get in their & get your investigation done! #JusticeForGeorgeFloyd pic.twitter.com/ysLnqQdkPt

Initial reports were that Floyd resisted arrest but new video reveals otherwise and the four police officers on the scene were fired.

Medaria Arradondo, the chief, swiftly fired all four men on Tuesday and called for an F.B.I. investigation once the video showed that the official police account of the arrest of the man, George Floyd, bore little resemblance to what actually occurred.

NBC News obtained a copy of the video of Floyd’s arrest (watch here).

Peaceful protests during the week turned violent, including rioting, looting, and arson.

This is a riot in Minneapolis MN.
More specifically, District 5, the seat of @IlhanMN. This is what happens when you have failed Progressive leadership. The police officers involved were already fired. DOJ is investigating. Not good enough for Omar and her insurrectionists. pic.twitter.com/7V6cDxv7GG

The scene inside of a Minneapolis Target
pic.twitter.com/MmaSn08QLv

There were protests in other parts of the country over Floyd’s death, including Los Angeles and Memphis.

Police chiefs across the country responded.

“The death of Mr. Floyd is deeply disturbing and should be of concern to all Americans,” said the Major Cities Chiefs, headed by Houston Police Chief Art Acevedo. “The officers’ actions are inconsistent with the training and protocols of our profession and MCCA commends Minneapolis Police Chief Medaria Arradondo for his swift and decisive action to terminate the employment of the officers involved.”

Chief Jorge Colina speaks about the incident which occured in Minneapolis. pic.twitter.com/sttcnWpY2k

President Trump called for investigations by the FBI and the Department of Justice.

….I have asked for this investigation to be expedited and greatly appreciate all of the work done by local law enforcement. My heart goes out to George’s family and friends. Justice will be served!

The video shows an outrageous display of reckless, criminal police brutality and there must be swift justice for Floyd and his family.

Unfortunately, the peaceful protests have turned violent and destructive and must cease.