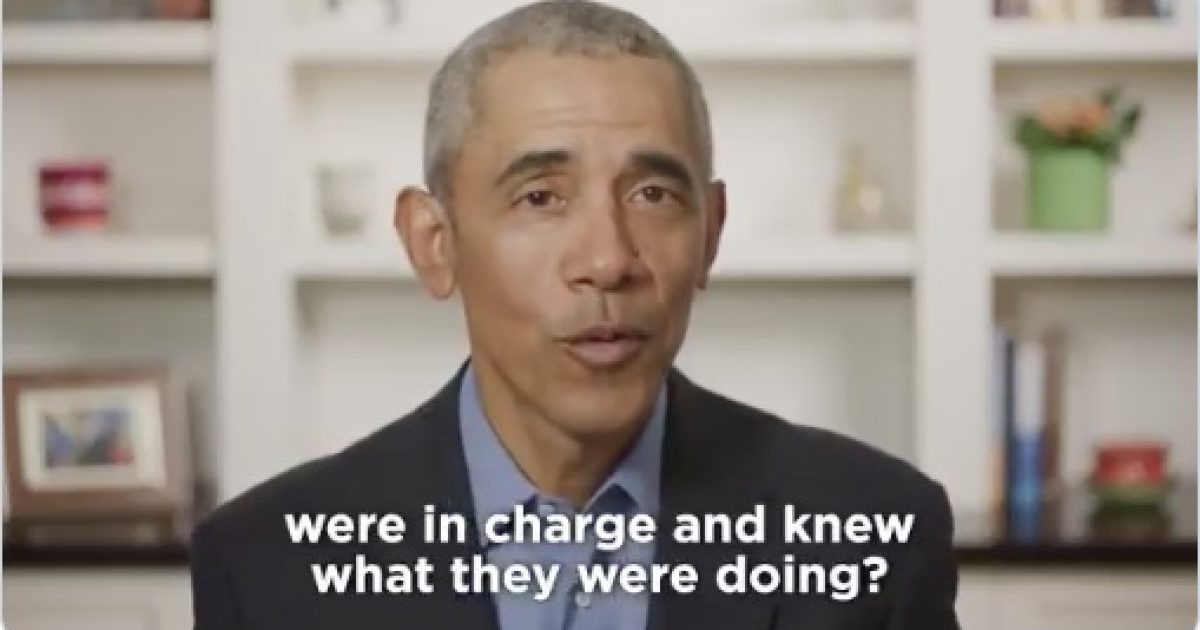 Democrats are stepping up their criticism over President Trump’s response to COVID-19.

During former President Obama’s video commencement address of historically black colleges and universities, he said, “More than anything, this pandemic has fully, finally torn back the curtain on the idea that so many of the folks in charge know what they’re doing.”

Obama added, “A lot of them aren’t even pretending to be in charge.”

While not directly mentioning President Trump’s name, it’s obvious Obama was targeting the president for lack of leadership over COVID-19.

Congrats to the high school Class of 2020, as well as to the teachers, coaches, and most of all, parents and family who’ve guided you along the way. Thanks for letting me be part of your big day! pic.twitter.com/RjYvHs2BhC

The former president’s references to COVID-19 reinforced earlier comments that were more direct.

During his remarks to about 3,000 members of the Obama Alumni Association, Obama said about the administration’s response to COVID-19, “It’s part of the reason why the response to this global crisis has been so anemic and spotty.”

On Thursday’s broadcast of MSNBC’s “The Last Word,” 2020 Democratic presidential candidate former Vice President Joe Biden said “Trump was praising the Chinese government and downplaying the threat to the American people” and is now “trying to play this China card.”

Biden is trying to blame the president for trusting China in a campaign ad.

New ad: Trump praised China's coronavirus response while refusing to mount the one we needed at home. Now the outbreak is the worst public health and economic crisis of our lifetimes. Joe Biden warned him not to take their word. (https://t.co/qJXsw3eKGG) pic.twitter.com/XWNnYx4GAI

Bringing out the big guns like Obama is a sign of what’s to come as the November presidential election approaches.

Democrats are exploiting the COVID-19 public and economic crisis for political gain and look out for Biden and his team to go on offense over China since it’s an area where the former vice president is most vulnerable.

Yet by going after China is not clear sailing, in fact, Biden is making himself open to being criticized by the Left.

Wow ⁦@JoeBiden⁩. Already trying to out-Trump Trump. This kind of fearmongering is causing violent attacks on Asian Americans. If you are trying to reform your past history of racist policymaking, like your 1994 crime bill, you had better do some homework. This ain’t it. pic.twitter.com/ePHiVGQFf3