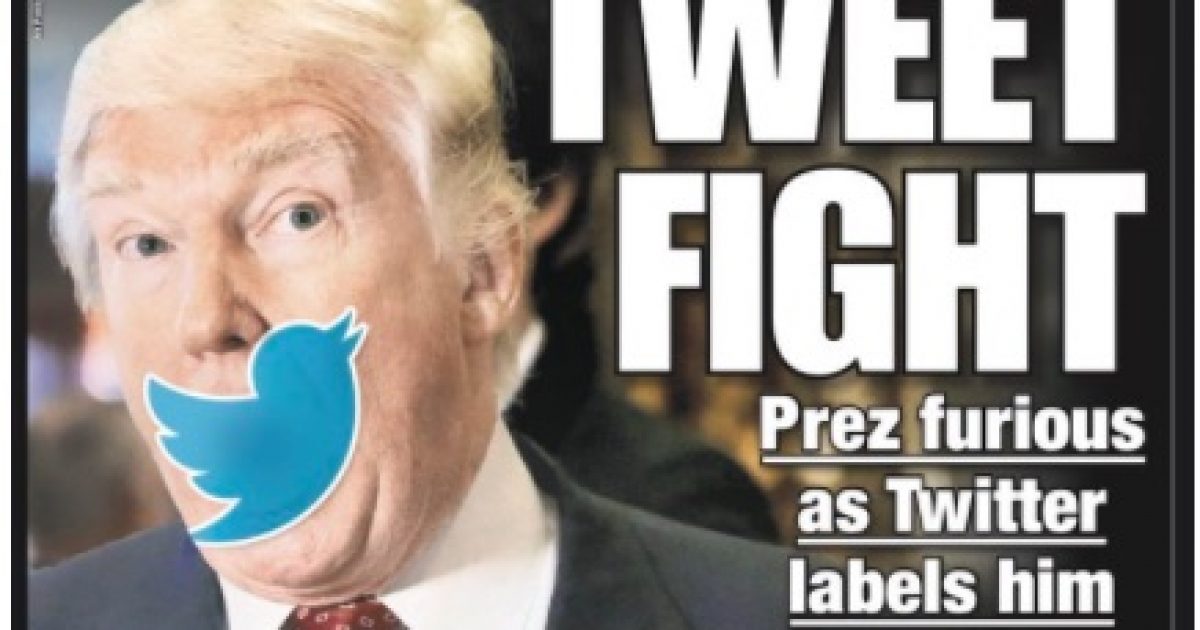 President Trump blasted Twitter because the company added a warning label to his Tweets.

Twitter challenged the accuracy of the president’s tweets by adding a link to his posts that lead to a page that included information questioning his views.

The tweets questioned by the company dealt with mail-in ballots where President Trump used the word “rigged.”

….living in the state, no matter who they are or how they got there, will get one. That will be followed up with professionals telling all of these people, many of whom have never even thought of voting before, how, and for whom, to vote. This will be a Rigged Election. No way! 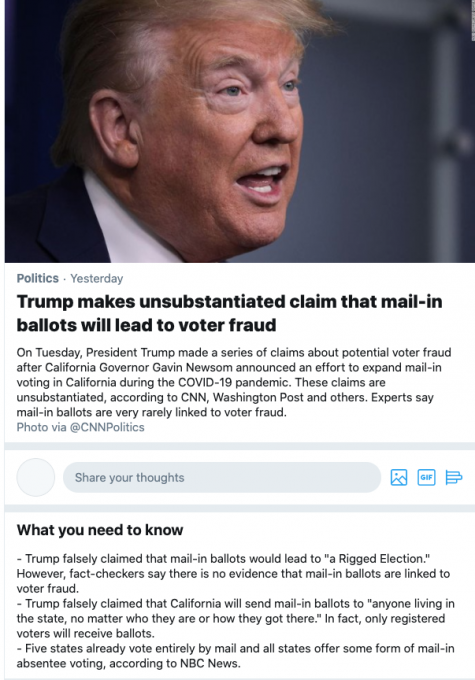 .@Twitter is now interfering in the 2020 Presidential Election. They are saying my statement on Mail-In Ballots, which will lead to massive corruption and fraud, is incorrect, based on fact-checking by Fake News CNN and the Amazon Washington Post….

The president is experiencing the Left-wing bias of Silicon Valley that many conservatives have felt over the years.

President Trump threatened to regulate social media companies because of the way they censor conservatives.

….happen again. Just like we can’t let large scale Mail-In Ballots take root in our Country. It would be a free for all on cheating, forgery and the theft of Ballots. Whoever cheated the most would win. Likewise, Social Media. Clean up your act, NOW!!!!

The fact remains that mail-in voting on a huge scale, for example, in a state like California will result in voter fraud and jeopardize the integrity of our elections.

Millions of mail-in ballots could be sent without knowing if a person is deceased, changed their address, or if they are a U.S. citizen.

In the end, Democrats are exploiting the COVID-19 crisis to push mail-in voting for political gain and Twitter is willing to give them a helping hand.