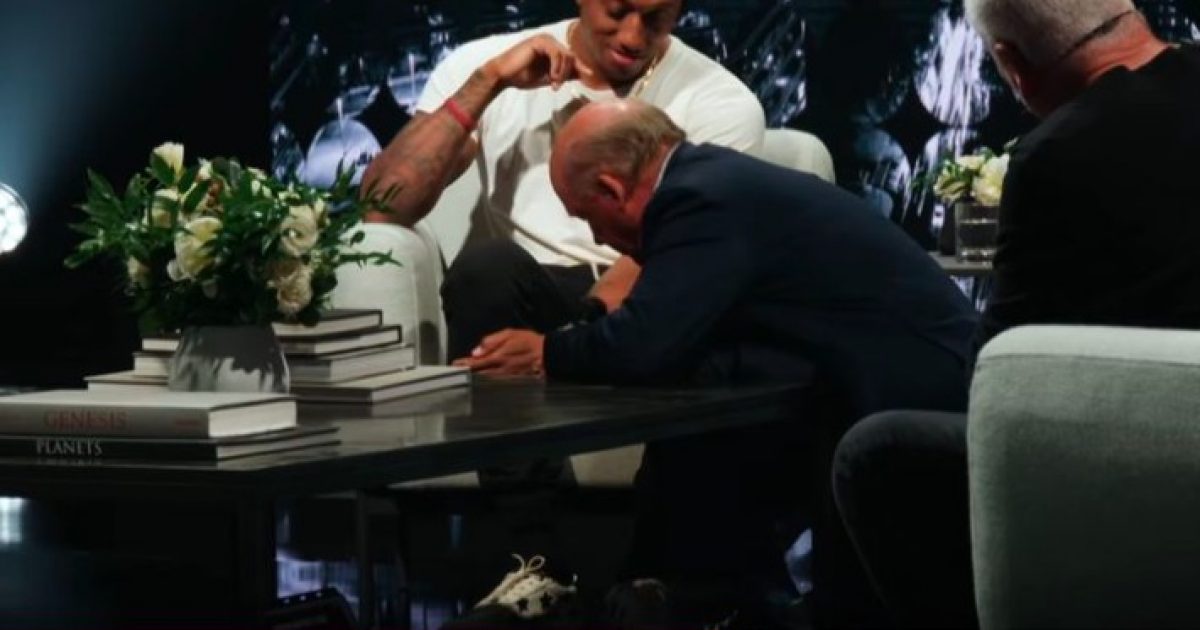 Not only did Cathy say it – he did it – during a church service at Atlanta’s Passion City Church.

While he was talking, Cathy approached rapper Lecrae who was sitting on the stage and bushed his shoes using a shoe brush.

Cathy feels shining black people’s shoes is a way for whites to make up for racism.

Cathy’s bizarre act of humiliation is not the first time white people have taken action to show some sort of shame.

Earlier this month in North Carolina, some white people washed the feet of blacks in an act of repenting for sins committed by whites.

A few white police officers joined in on the washing of the feet exercise.

Here is a video showing the “ceremony.”

Shining shoes and washing the feet of blacks is utterly ridiculous.

If people want to improve opportunities for blacks they should promote school choice so that black children can get a quality education.

On a personal note, I was a big fan of Chick-fil-A but now, not anymore.