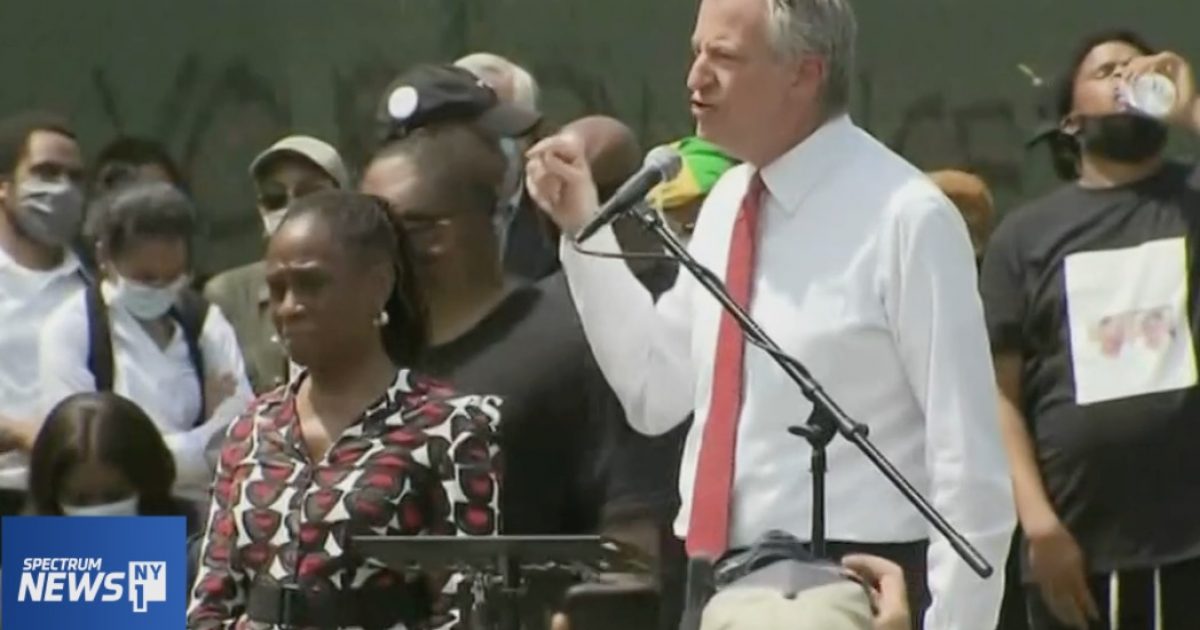 On Thursday, New York Democrat Mayor Bill de Blasio was met with a series of boos and jeers as he was introduced to speak at a memorial for George Floyd in Brooklyn, New York.

As soon as de Blasio was introduced at the memorial the crowd erupted.

Before de Blasio took the mic, his wife Chirlane addressed the crowd saying, “No justice” and “Power to the people” while raising her fist in the air.

Mayor Bill de Blasio’s speech at the memorial for George Floyd in Brooklyn was met with boos and jeers, despite requests from organizers for the crowd not to do so. pic.twitter.com/3Yr96RiaMj

The mayor was met with f-bombs and crowd members turned their backs to him.

It’s reported de Blasio and his wife arrived 20 minutes late to the event and before they spoke, the crowd chanted “de Blasio go home!”

Calls to impeach de Blasio are gaining traction as he’s under fire over his handling of the destructive unrest on the city’s streets over the death of Floyd.

de Blasio’s failure to anticipate and swiftly put an end to the destructive unrest resulted in several days of lawless mobs wreaking havoc, from breaking out windows and looting businesses to setting police cars ablaze.

At this time, the Change.org petition collected over 120,000 signatures.

The petition was started last year, but thousands signed onto it Tuesday as controversy raged over protests engulfing the city that have triggered clashes between participants and police officers and reports of vandalism and damage to retail stores.

The Mayor in NYC has lost control of the mob and of the city.

The Mayor is preventing the NYPD to take the actions necessary to stop brutal attacks on police and citizens.

He is even falsely accusing NYPD of taking excessive action when he has made them punching bags.

Gov. Cuomo should remove Mayor DiBlasio. He is preventing the NYPD from taking the actions that have prevented riots in the past. Surely, you remember the Gigante report which helped me prevent riots under circumstances of long protests with many attempts to turn them violent.

de Blasio is getting blasted from all sides but his biggest failure by far was allowing rioters and looters to take over New York City streets.