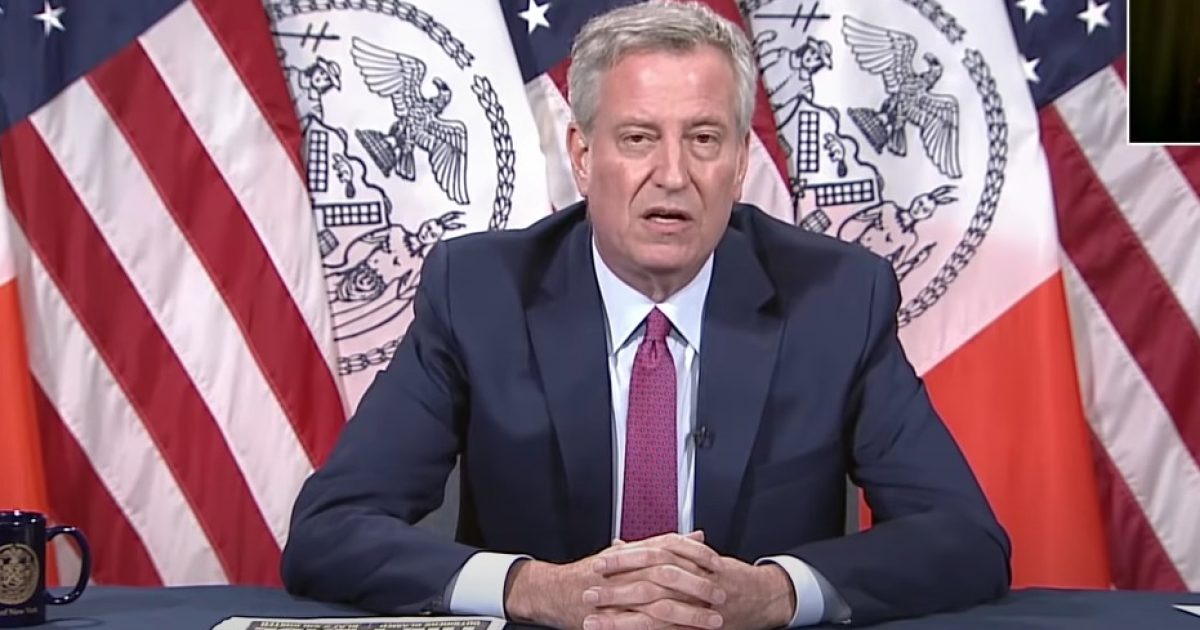 Chiara de Blasio, 25-years-old, was arrested over the weekend for allegedly blocking traffic and refusing to move.

On Monday, Mayor de Blasio commented about her arrest at a press briefing, saying he was “proud of her that she cares so much.”

“I love my daughter deeply, I honor her. I’m proud of her that she cares so much, she was willing to go out there and do something about it,” said de Blasio, who noted that when he found out Chiara was busted, he and McCray asked her to “recount” what happened.

During the press briefing, de Blasio said, “The media knew about this before I did.”

De Blasio said he didn't know his own daughter got arrested until a reporter called City Hall. "The media knew about this before I did," he said.https://t.co/HDEA42NKV5

Extensive looting and rioting by lawless mobs continue across the country, especially in New York City, wreaking havoc on businesses and destroying neighborhoods.

de Blasio’s defense over the arrest of his daughter speaks volumes about him and the question remains if there will be consequences for her actions.