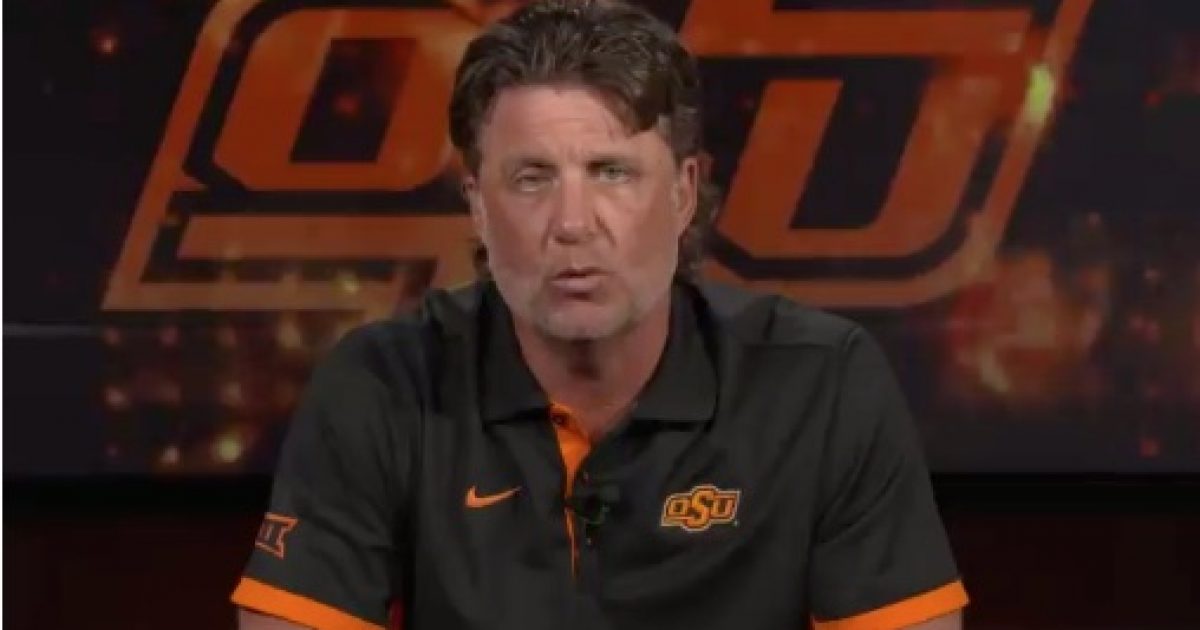 The incident started when a photo of Grundy wearing an OAN T-shirt ignited a response from the football team’s star running back Chuba Hubbard.

It did not take long for Grundy to bow and cower over Hubbard’s threat.

Hubbard was outraged over Grundy’s shirt and issued the threat “I will not be doing anything” with the university on Twitter.

I will not stand for this.. This is completely insensitive to everything going on in society, and it’s unacceptable. I will not be doing anything with Oklahoma State until things CHANGE. https://t.co/psxPn4Khoq

Hubbard had back up from OSU linebacker Amen Ogbongbemiga.

Ogbongbemiga vowed to stand with Hubbard.

I stand with him! https://t.co/WWOs2ALxml

University officials also weighed in on the matter.

“I hear and respect the concerns expressed by our Black student-athletes,” Oklahoma State President Burns Hargis said in a statement. “This is a time for unity of purpose to confront racial inequities and injustice. We will not tolerate insensitive behavior by anyone at Oklahoma State.”

Facing mutiny, Grundy apologized in a Tweet with a video.

In the video, Grundy explained how he learned from the team “how the t-shirt affected their hearts.”

In addition to Grundy’s public apology, Hubbard tweeted a video with the coach where he essentially spiked the football over his victory with his coach.

Change is coming I promise you that. pic.twitter.com/wTGHtByh3N

Grundy’s response is outrageous and illustrates a high degree of cowardice that is not escaping social media.

Cowering to the mob over an @OANN shirt This is why r country is in free fall. https://t.co/SchwyFB0MI

Letting players dictate policy is a recipe for disaster especially on such a trivial matter.

Think about it – if a T-shirt hurts them how will they survive in a competitive world?