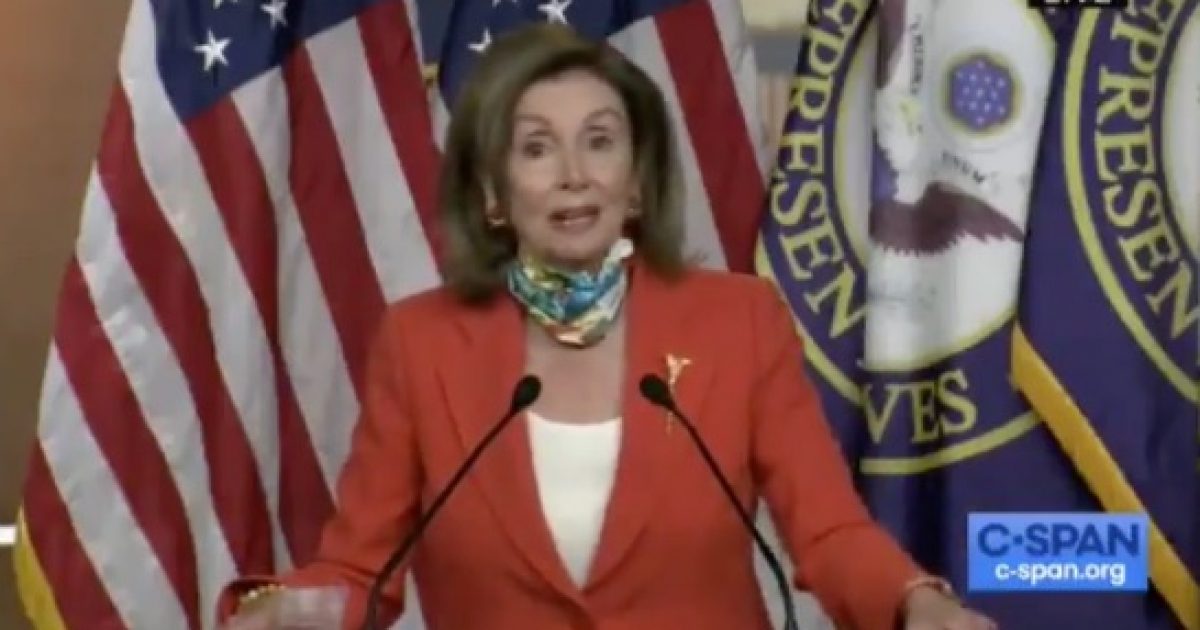 Pelosi made the goof during a press briefing while referring to the House Democrat police reform bill, the George Floyd Justice in Policing Act, saying the bill was deserving of “George Kirby’s name.”

Speaker Pelosi talks about how she will ensure that George Floyd’s name is not forgotten seconds before forgetting his name.

It isn’t the only Floyd-related misspeak by Democrats. On Wednesday, Senate Minority Leader Chuck Schumer referred to “Floyd Taylor” — accidentally putting together the names of Floyd and Breonna Taylor, who was killed by police earlier this year in Kentucky. He immediately clarified the remark.

The House passed the bill along party lines Thursday evening with the support of three Republicans.

On Wednesday, a modest version of police reform legislation authored by Senator Tim Scott (R-SC) was blocked by Democrats for debate.

You passed a bill that is dead in the Senate. Negotiate something that can pass. Stop wasting time playing political games.

The way crimes are going up if anything we need more police. Not every cop is racist, focus on security for law abiding citizens.

You did nothing except approve a bill amongst your party only, sorry but worthless as the paper it was written on….

Pelosi was highly critical about the Senate Republicans.

Earlier this week, Pelosi accused Senate Republicans of “trying to get away with murder, actually — the murder of George Floyd,” during an interview on CBS News Radio.

Nancy Pelosi says with their police reform proposals, Senate Republicans are "trying to get away with murder, actually — the murder of George Floyd."

Hear it in this @CBSNewsRadio interview with my colleague @sfutterman:https://t.co/DAsGYssPzD

Following her extreme statement, Pelosi refused to apologize for saying it.

Nancy Pelosi asked if she will apologize for her despicable comment that Senate Republicans are "trying to get away with murder, actually — the murder of George Floyd."

Conveniently, Pelosi is not mentioning the fact that Minneapolis and the state of Minnesota are run by Democrats.

If any party bears responsibility for the killing of George Floyd, it's democrats: pic.twitter.com/jHFNzqxmiU

Pelosi was trying to make sure George Floyd’s name would not be forgotten but she fumbled the handoff in her press briefing.

The bottom line is Democrats are exploiting Floyd’s tragic death to score political points and also avoid accountability for failed leaders in Democrat-run cities including Minneapolis.