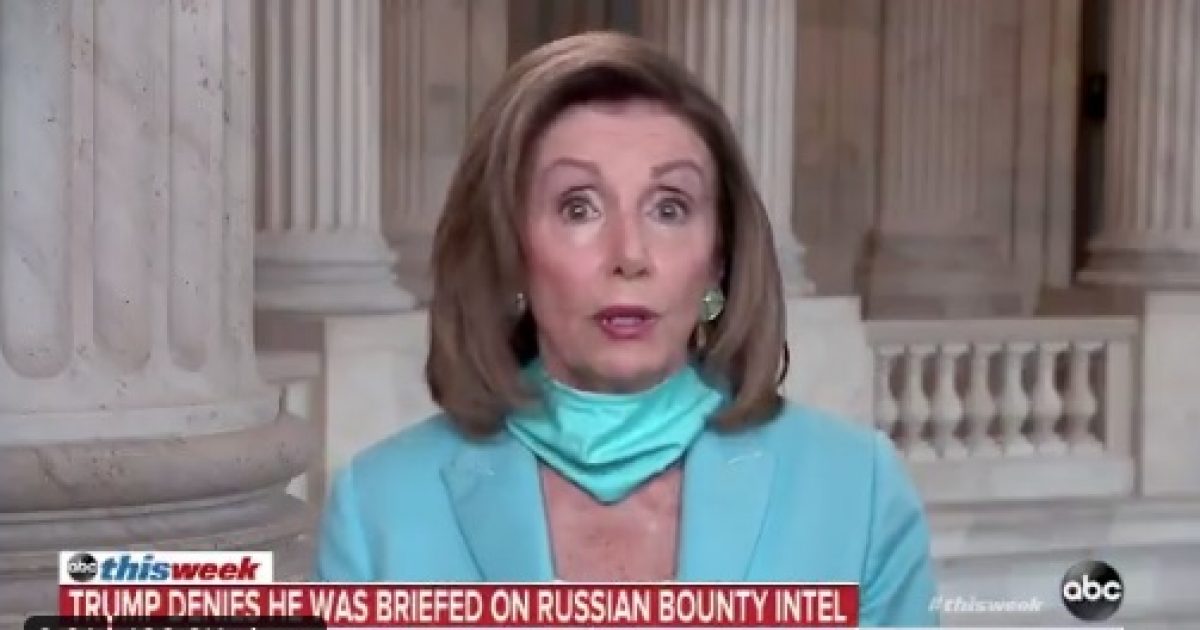 Pelosi was responding to a question about a New York Times story that claimed President Trump was aware Russia was paying the Taliban to kill American soldiers and he isn’t doing anything about it.

Regarding President Trump Pelosi said, “… all roads lead to Putin.”

Pelosi added she thinks President Trump is ignoring the alleged Russian effort because they have damaging information on the president.

Essentially, Pelosi is claiming Putin is blackmailing the president.

"Whether he is or not, his administration knows," Speaker Pelosi says as White House denies Trump was briefed.

“With him all roads lead to Putin … I don’t know what the Russians have on the president politically, personally, financially or whatever." https://t.co/QhGgs7hNlO pic.twitter.com/fGBjpCNAYs

Intel just reported to me that they did not find this info credible, and therefore did not report it to me or @VP. Possibly another fabricated Russia Hoax, maybe by the Fake News @nytimesbooks, wanting to make Republicans look bad!!! https://t.co/cowOmP7T1S

Once again we see The New York Times using its newspaper to aid the Democrats.

The New York Times advanced Russia collusion propaganda stories early in the Trump Administration and now they are doing it again.

It’s another example of agenda-driven media with the goal of making sure President Trump is not reelected.