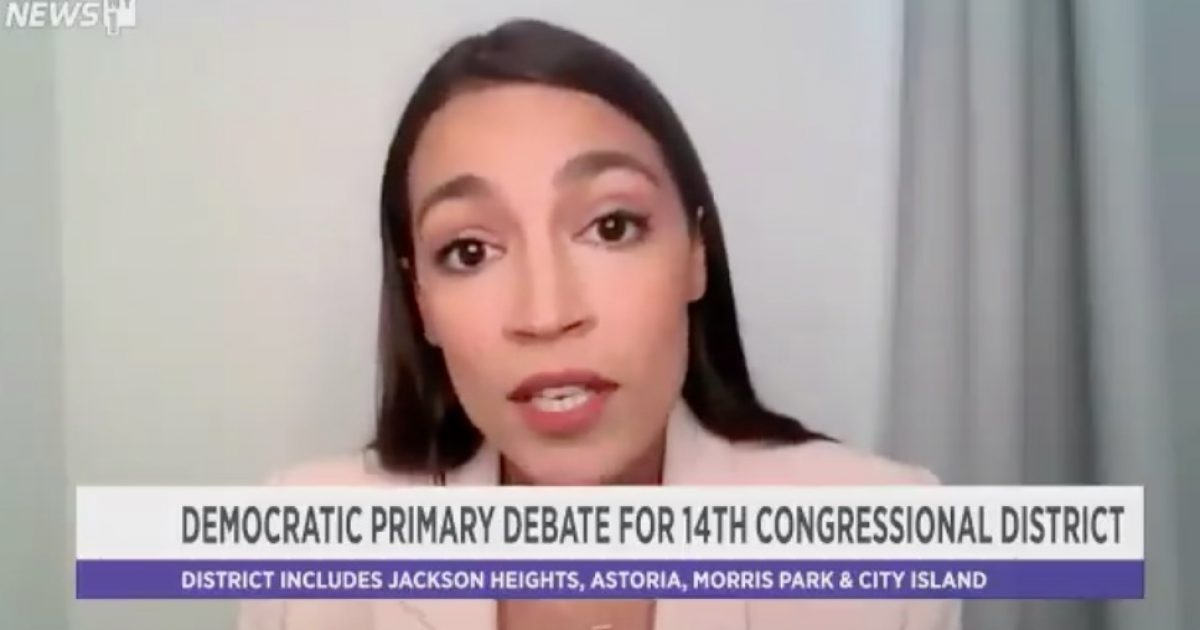 New York Democrat Representative Alexandria Ocasio-Cortez is joining the effort calling for the defunding of the New York City police.

Efforts to defund police departments are escalating following the horrific death of George Floyd while he was being arrested by Minneapolis police officers.

Ocasio-Cortez made her statement on police funding during a Democrat primary debate for the 14th congressional district in New York.

Former CNBC journalist Republican candidate Michelle Caruso-Cabrera and Democrat candidate Badrun Khanis are challenging Ocasio-Cortez in the primary and the three candidates participated in the debate.

The primary is on June 23rd.

From insurgent to incumbent, @AOC faced two challengers — one who frequently targeted the congresswoman for voting against a coronavirus aid package. #NY1Politics https://t.co/MBonwkPfG0

Ocasio-Cortez said, “defunding the $6 billion NYPD budget that costs us books in the hands of our children and costs us very badly needed investment in NYCHA and public housing.”

Black Lives Matter is promoting the defund the police effort.

We call for an END to the systemic racism that allows this culture of corruption to go unchecked and our lives to be taken. See the Demands. Sign the Petition. #DefundThePolice #blacklivesmatter https://t.co/xGULtImAOY

Ocasio-Cortez is not the only freshman Representative backing the defunding of the police.

Omar said in a tweet, “The Minneapolis Police Department has proven themselves beyond reform. It’s time to disband them and reimagine public safety in Minneapolis.”

The Minneapolis Police Department has proven themselves beyond reform.

It’s time to disband them and reimagine public safety in Minneapolis.

Thank you to @MplsWard3 for your leadership on this! https://t.co/AQfHM5M6eR

Defunding the police is a horrible idea and will backfire on the very people Ocasio-Cortez and Omar claim they want to help.

Numerous communities are suffering from the aftermath of rioting and looting over the death of Floyd and removing the police is an invitation for more destruction of property and lives.