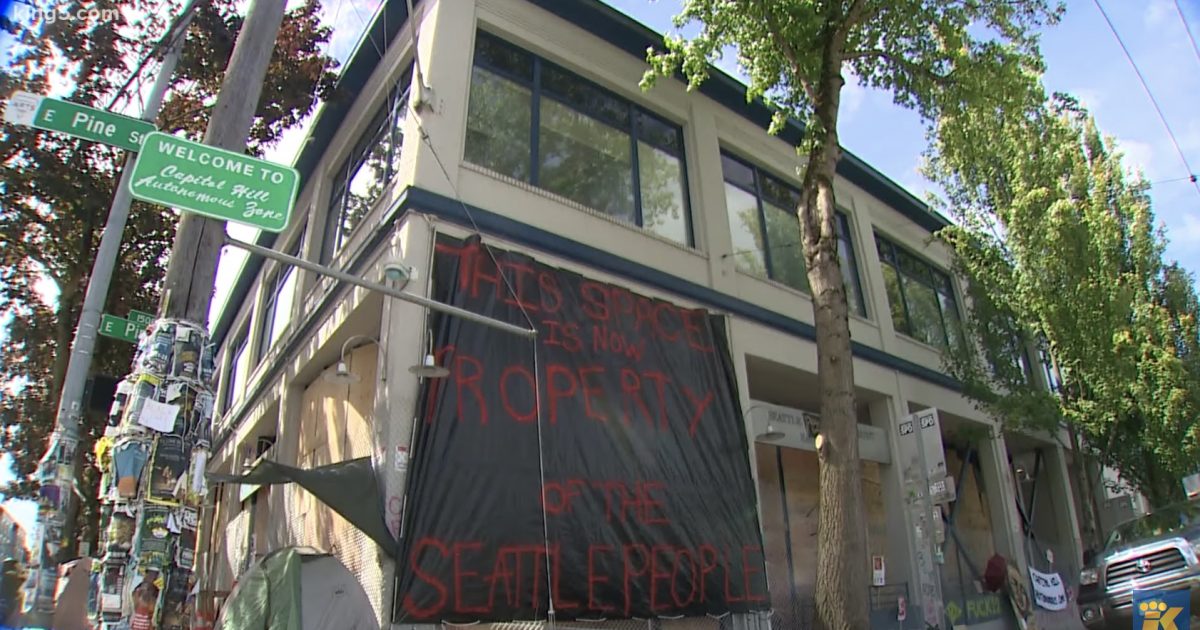 Floyd’s arrest was caught on video and went viral showing him pinned down by a white police officer’s knee to his neck.

Protesters blocked six blocks of the area known as Capitol Hill and renamed the area Capitol Hill Autonomous Zone, or CHAZ for short.

Within this perimeter is the East Precinct police building, where police officers were ordered to clear out and the building shuttered.

With no police presence, Seattle protesters, some armed, set up check points for access to the area.

Durkan pushed back on criticism from President Trump and defended the protesters calling their actions “patriotism.”

“It’s simply not true. Lawfully gathering and expressing first amendment rights, demanding we do better as a society, and providing true equity for communities of color is not terrorism. It’s patriotism.”

Seattle Mayor Jenny Durkan says the six-block autonomous zone in her city known as CHAZ, where armed Antifa types have driven off police and set up checkpoints, is "more like a block party atmosphere" than an "armed takeover." pic.twitter.com/5S5RcXyID1

Durkan also downplayed the fact some protesters are armed.

Meanwhile, protesters stormed City Hall demanding Durkan defund the police and called for her to resign.

And after over an hour inside City Hall, protesters are headed out and chanting “Defund SPD” as they leave. #seattleprotest pic.twitter.com/jE6eXkm905

During a press conference earlier this week, Washington Governor Jay Inslee was asked about the Capitol Hill Autonomous Zone and he said he was unaware.

“Well, that’s news to me. So I’ll have to reserve any comment about it. I have not heard anything about that from any credible source,” the governor said, adding a chuckle.

@GovInslee has no clue what’s even going on.

A list of demands was released earlier this week, including calls to defund the police.

The protesters released a letter detailing their demands on Tuesday that include dismantling the police force and ending the use of armed force, guns, batons and riot shields, and abolishing the court system, among a list.

Anarchists just took over Seattle and the Liberal Democrat Governor just said he knows “nothing about that”.

Radical Left Governor @JayInslee and the Mayor of Seattle are being taunted and played at a level that our great Country has never seen before. Take back your city NOW. If you don’t do it, I will. This is not a game. These ugly Anarchists must be stopped IMMEDIATELY. MOVE FAST!

Calling the takeover of parts of the city “patriotism” is outrageous but it shows how dangerous it is to put Democrats in power.

At this point, there’s no telling how this will end but it will likely not end well.