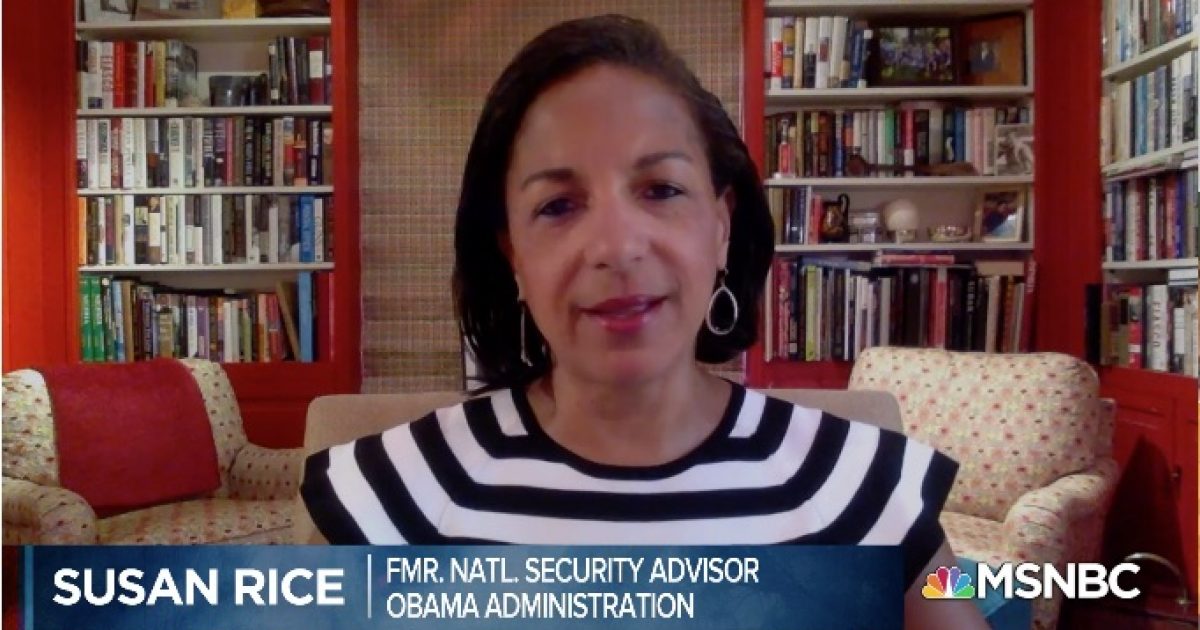 In describing the Trump Administration Rice told Andrea Mitchell, “You know, to serve an administration which has been racist to its core for the last three and a half years.”

She went on to defend her position by bringing up President Trump’s comments about Charlottesville and remarks about Black Lives Matter movement.

Rice continued by saying the Trump administration backs “…a Confederate legacy than a modern America, it’s been an administration whose record on race is just disgraceful.”

Since leaving the Obama Administration, Rice has criticized President Trump on a number of issues including his response to COVID-19.

He has demonstrated utter lack of leadership, utter incompetence. And he’s been profoundly dishonest about the nature of the threat to the American people by downplaying it, by dismissing it, by comparing it to the flu. … He has misled the American people to such an extent that lives have been lost in the process.

The RNC called attention to Rice’s interview on Twitter.

Rice is elevating her rhetoric against President Trump to raise her profile with former Vice President Joe Biden.

Biden is considering picking a black woman for his running mate as vice president and Rice would jump on the offer.

.@AmbassadorRice is “humbled and honored” she’s reportedly a Biden VP contender.@MargaretHoover: Would you say yes if he asked you?
Rice: I certainly would say yes.

Rice: …if that were the role in which he felt I could best serve, then I'm not going to say no. pic.twitter.com/zSG15gL9Mx

Rice is a controversial figure especially for her misleading the nation over the Benghazi terrorist attack.

The truth was the attack was a planned terrorist attack, a fact the Obama White House team knew at the time.