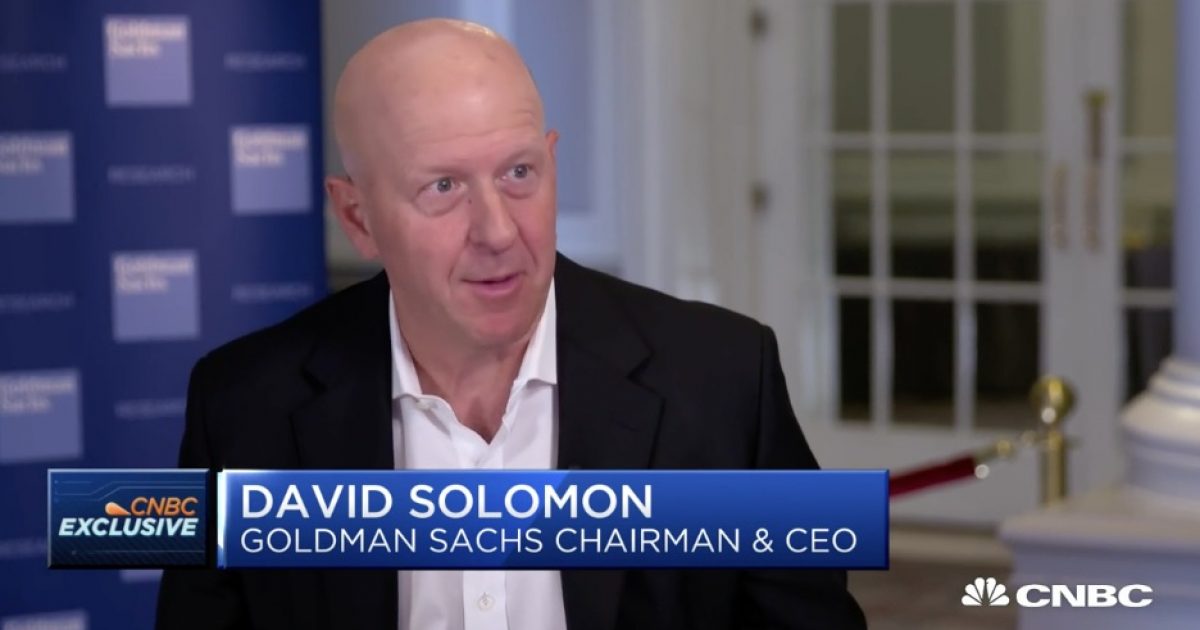 Following the tragic death of George Floyd while being arrested by police in Minneapolis, corporate America issued statements and opened up checkbooks to support the black community.

The outpouring to fight racism by companies is an emotional reaction responding to the public sentiment of the moment and exposes corporations as hypocrites if their business practices fall short of their lofty rhetoric.

Take Goldman Sachs for example. The company Chairman and CEO David Solomon responded to the death of Floyd in a message he sent to employees that he shared publicly on LinkedIn.

Solomon expressed his personal sentiment of being “horrified by the continued attacks against the black community highlighted most recently in the U.S. with the deaths of Ahmaud Arbery and George Floyd.”

He urged the importance of being willing to “speak out against injustice and be willing to talk candidly in an environment of honest dialogue.”

On the surface, so far so good. However, upon further inspection it’s apparent the company ignored its deep financial ties to China when it announced its support to fight racial intolerance.

Goldman Sachs’ commitment to fight racism globally is totally undermined by its investments in China, a country that is openly racist and responsible for the death of thousands of black lives due to COVID-19.

In China, COVID-19 concerns only ignited a history of racist attitudes against blacks.

A McDonalds in Guangzhou, China banned blacks from entering the fast food restaurant. According to CBS News, a sign at the McDonalds’ said, “black people are not allowed to enter.”

McDonalds’ ban and the evictions of blacks from residences resulting in Africans sleeping in the streets were tied to a concern they were spreading COVID-19.

A story in The Diplomat addressed the current racist actions mentioned above but also lists a number of news stories that documented racism against blacks over the decades.

At Goldman Sachs, fighting racism takes a back seat to money because the investment bank is very bullish on China saying it projects “a very significant future potential” and anticipates getting “a revenue pool in excess of $100 billion across our portfolio of businesses” by the middle of the decade.

Goldman Sachs is also tossing aside ethics by ignoring China’s culpability and negligence over the COVID-19 pandemic.

As we now know, China was aware of COVID-19 in December and worked to hide the epidemic and most importantly, hid the fact the virus could be transmitted from human to human.

Far worse, while China restricted travel within the country to stop the spread of COVID-19 domestically, it allowed its people to travel internationally, thereby infecting the world. It also gobbled up personal protective equipment before the world was aware of the pending pandemic.

The health and economic consequences of China’s outrageous actions are staggering. In the United States alone, COVID-19 will cost approximately $7.9 trillion in reduced economic activity and about 130,000 deaths.

Regarding race implications, black Americans are preferentially harmed by COVID-19. According to AMP Research Lab, black Americans are hardest hit by the virus with a death rate about 2.3 times higher than whites, with rates much higher in specific areas such as Washington D.C., Kansas, and Wisconsin where the death rates are six, five and five times higher, respectively.

The company can’t hide behind the fig leaf that it’s prevented from abandoning investments in China over ethical concerns because it needs to deliver profits to boost shareholder value.

That argument rings false because Goldman Sachs already established the precedent of giving up profits over social consciousness with climate change.

The company announced it will not invest in oil drilling projects in the Arctic and it is also banning financing of thermal coal mines and coal-fired power plants globally.

In its Environmental Policy Framework, Goldman Sachs justified its anti-fossil fuel drilling policy on a host of issues including the environmental impacts and concerns about indigenous people.

The company said, “The unique and fragile ecosystems of the Arctic region also support the subsistence livelihoods of indigenous peoples groups that have populated certain areas in the region for centuries.”

Goldman Sachs can issue press releases and toss money around the world to fight racism but it is a committed business partner with China—a racist country responsible for tens of thousands deaths including blacks in the United States.

Views expressed in this article are the opinions of the author and do not necessarily reflect the views of The Epoch Times.