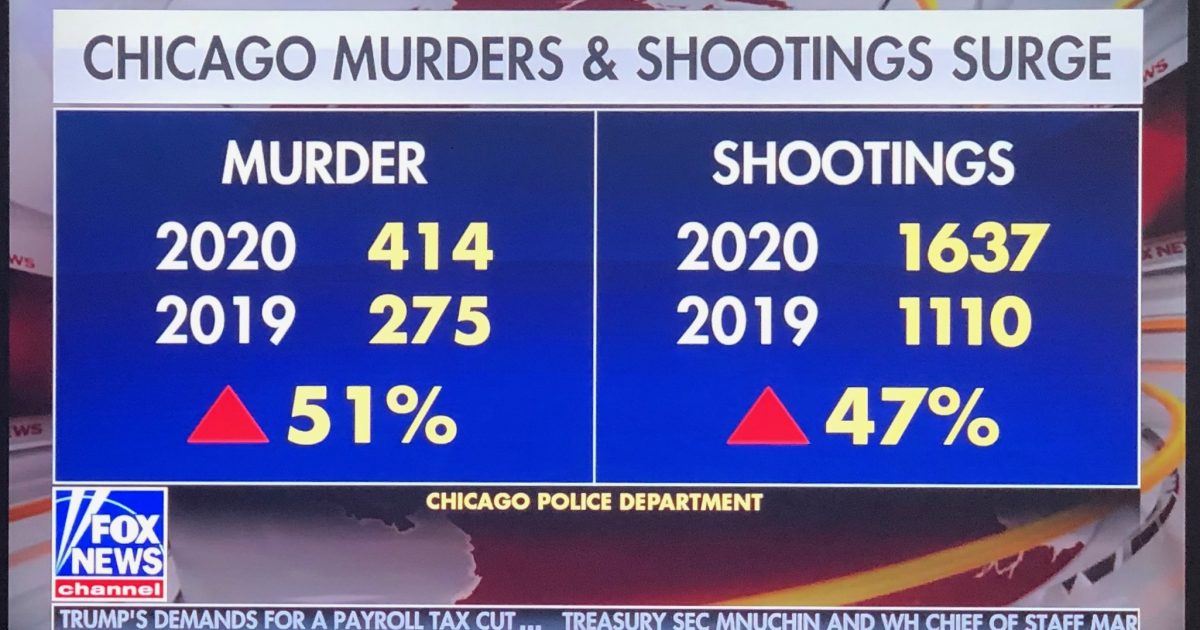 Last night, 15 people were shot at a Chicago funeral home.

According to The Washington Post, the individuals were shot from a car as they were leaving the building.

While the violence escalates in Chicago, Lightfoot decided to attack President Trump over federal agents helping the city.

Under no circumstances will I allow Donald Trump’s troops to come to Chicago and terrorize our residents.

Mr. President or not—I don’t care one bit what your name is. I will not allow troops in Chicago, and I will do everything in my power to stop you. pic.twitter.com/jL5TFgPPKZ

Lightfoot was criticized on social media.

But by all means; keep allowing your residents to continue killing each other. VOTE @LoriLightfoot OUT! Your lives depend on this!

Lightfoot is not the only Democrat who is attacking President Trump.

Speaker Nancy Pelosi (D-Calif) was outraged over the tactics of arrests in Portland, Oregon, and called federal agents from the Department of Homeland Security “unidentified stormtroopers” in response to their effort to bring order and protect federal buildings including a courthouse in Oregon.

The USBP agent in this photo is identified by his USBP patch & unique agent identifier. Yet, this headline (& others like it) say @CBP agents are unidentified or operating in secret. It’s FALSE. Agents wear patches to identify themselves, even more than those shown in this photo. pic.twitter.com/yf6HBNywfq

At a recent press conference, House Speaker Nancy Pelosi (D-CA) was asked about protesters taking down a Christopher Columbus statue where she grew up in Baltimore, Maryland, and about the spike in violence happening around the country.

Pelosi not only wouldn’t condemn the violence but responded by lackadaisically saying, “I don’t care that much about the statues,” and “People will do what they do.”

New York Democrat Representative Alexandria Ocasio-Cortez blames the crime wave on the economy and not cuts to the police budget or changes to policing strategies.

AOC on increased NYC crime: "Maybe this has to do with the fact that people aren't paying their rent & are scared to pay their rent & so they go out & they need to feed their child & they don't have money so… they feel like they either need to shoplift some bread or go hungry." pic.twitter.com/oHSTWWJZ6a

As Democrat-run cities are overrun with violence, Democrat politicians are trying to shift the focus of their failures by attacking President Trump.

Democrats know the anti-Trump media will use any opportunity to go after the president which will take the heat away from holding them accountable for the soaring violent crimes in cities they control.

Once again, we see Democrats putting politics before the people.