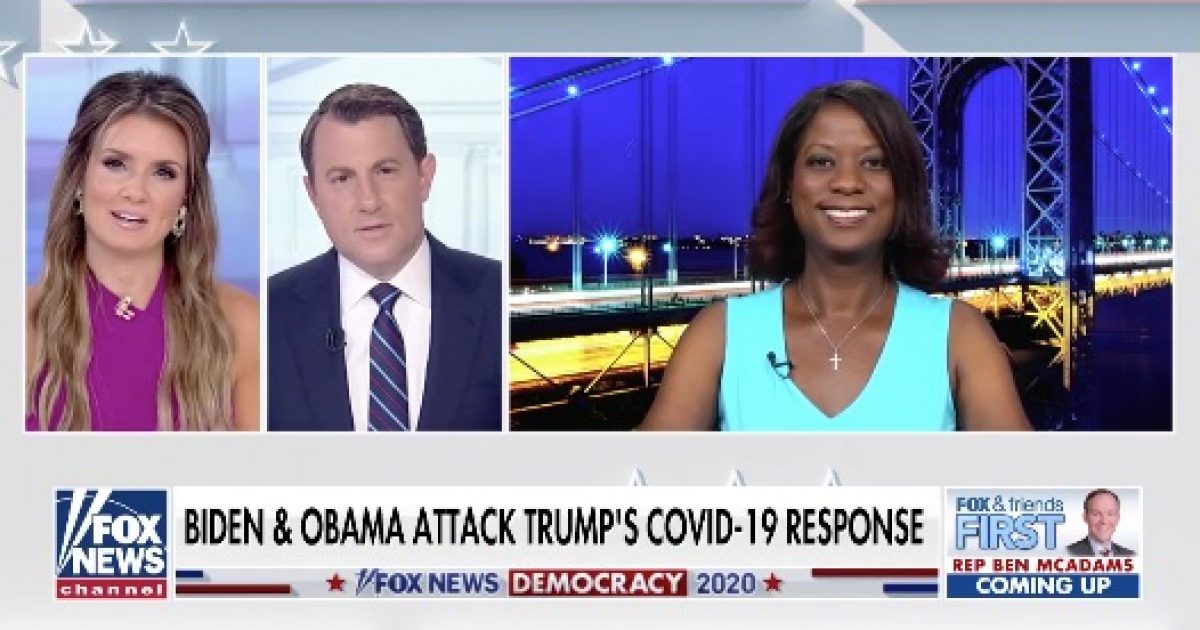 The Biden campaign is expected to release the entire video discussion between Biden and Obama today on the future of America with them criticizing President Trump’s leadership including his handling of COVID-19.

“Can you imagine standing up when you were president and saying ‘it’s not my responsibility. I take no responsibility.’ Literally. Literally,” Biden said in a clip from the video released Wednesday.

Obama replied: “Those words didn’t come out of our mouths while we were in office.”

Deneen, a coalition member with Black Voices for Trump and Women for Trump, referenced the irony of Biden and Obama bashing President Trump, saying, “they have a long list of issues and problems from the former administration under Obama’s watch.”

Responding to a clip of Obama shifting the blame over the fall of Iraq, Deneen said, “Obama didn’t take responsibility for anything.”