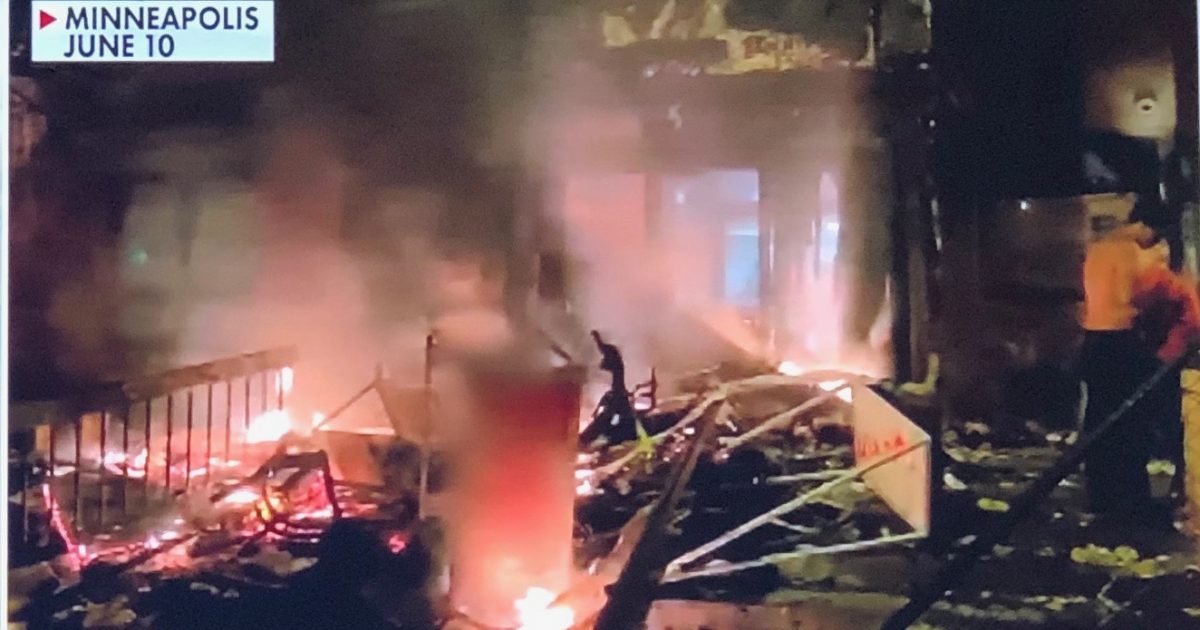 The violent unrest raged on for days following the death of George Floyd, a Minnesota black man who died while being arrested by police.

Floyd was pinned down by a white police officer with his knee to his neck.

A preliminary assessment of damage found more than $15 million of damages directly related to the fires. Around 1,500 businesses were damaged. Among the public structures destroyed was a Minneapolis police station that was a focus of the protests.

Following the preliminary assessment, Walz noted in the federal funds request an estimate of over $500 million in excessive damages.

Walz’s office issued a statement over the federal government’s decision: 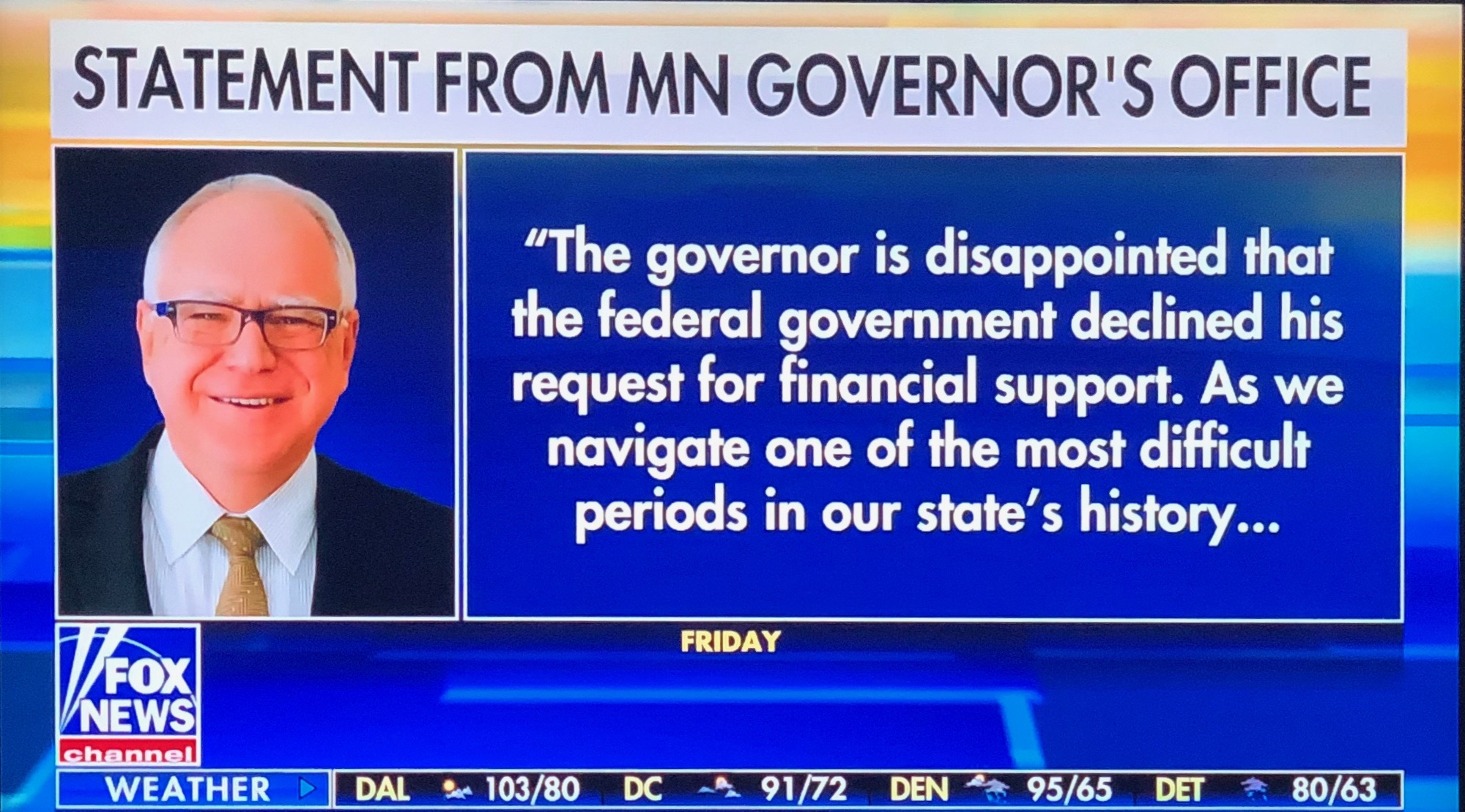 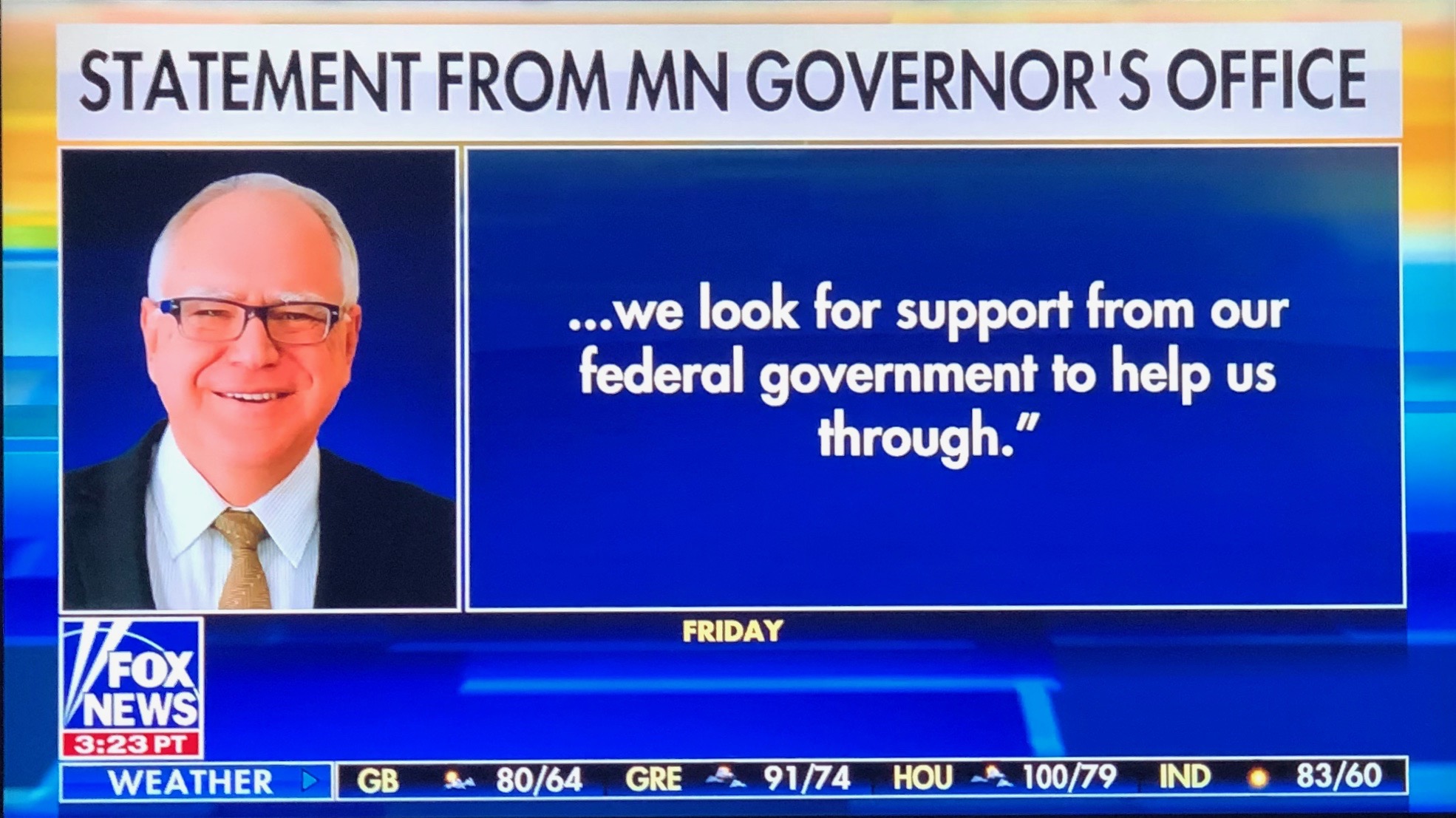 From grocery stores to pharmacies, small businesses suffered the brunt of violence which inflicted harm on the innocent local residents and small business owners.

Under Walz’s watch, protesters wreaked havoc on the streets of Minneapolis for days.

Walz’s lack of leadership is a contributing factor to the extensive damage and destruction in Minneapolis and the riots should have been stopped early on with those responsible held accountable.

The federal government should not bail out Walz for his outrageous incompetence.