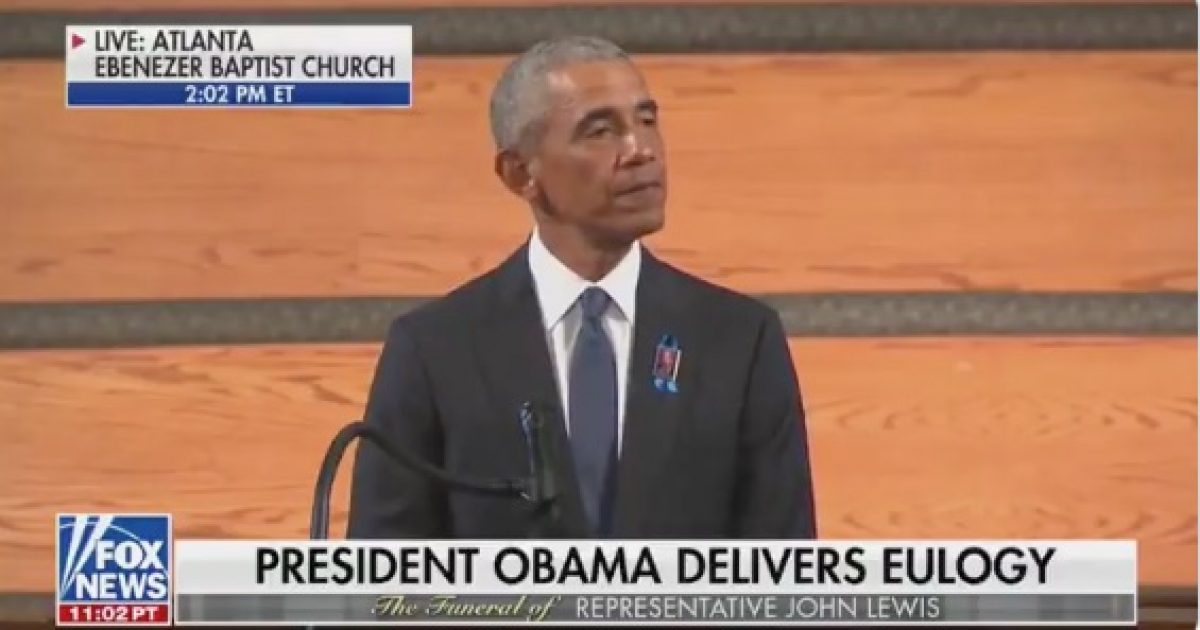 "George Wallace may be gone but we can witness our federal government sending agents to use tear gas and batons against peaceful demonstrators." pic.twitter.com/b7rttjjrir

Obama’s remarks on law enforcement were only a small part of his politically aimed eulogy.

The former president called for a range of changes to our elections including making voter registration automatic for all Americans, making election day a national holiday, allowing “equal representation” for citizens in Washington, D.C., and Puerto Rico which means granting statehood, and Obama called for the end of the Senate filibuster rule.

Make no mistake about it, Obama’s remarks at John Lewis’ funeral was not a real eulogy but just an opportunity to deliver a radical political speech.