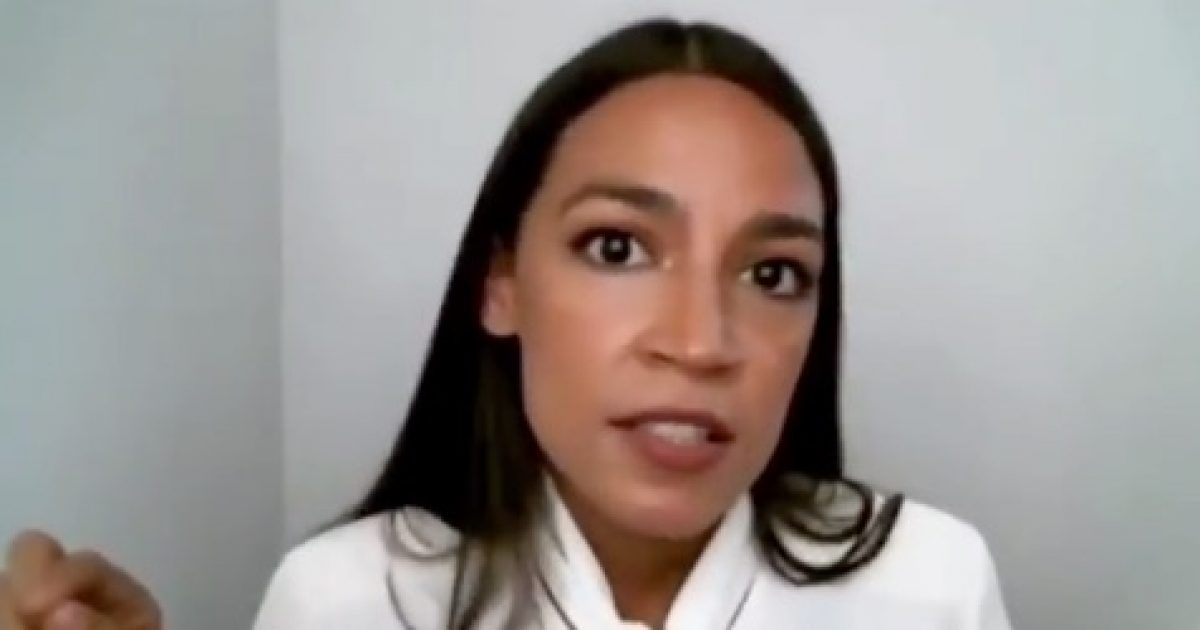 With violent crimes surging across the country, Democrat lawmakers are ignoring the dangerous surge.

Shootings in New York City, for example, are up at an alarming rate at 130 percent for the month of June versus a year ago.

However, New York Democrat Representative Alexandria Ocasio-Cortez blames the crime wave on the economy and not cuts to the police budget or changes to policing strategies.

AOC on increased NYC crime: "Maybe this has to do with the fact that people aren't paying their rent & are scared to pay their rent & so they go out & they need to feed their child & they don't have money so… they feel like they either need to shoplift some bread or go hungry." pic.twitter.com/oHSTWWJZ6a

IN CASE ANYONE CARES: At least 96 people shot in NYC from July 5 to July 11. @AOC is blaming it on "shoplifters looking to feed their hungry families". These are nearly ALL gang and drug-related shootings. Not "hungry" people. "looking for food". #DefundThePolice @NYCMayor

Oh my god. They're literally making criminals out to be victims. The left is off the rails. We need to keep them out of power, they'll destroy the US.

During a press conference last week, House Speaker Nancy Pelosi (D-CA) was asked about protesters taking down a Christopher Columbus statue where she grew up in Baltimore, Maryland, and about the spike in violence happening around the country.

Pelosi not only wouldn’t condemn the violence but responded by lackadaisically saying, “I don’t care that much about the statues,” and “People will do what they do.”

Critics hit back at Pelosi on social media including Maryland Governor Larry Hogan.

While efforts towards peaceful change are welcome, there is no place in Maryland for lawlessness, vandalism, and destruction of public property. pic.twitter.com/eXNv5qsCUP

And when you are voted out of the House…people will do what they do.

I wonder if she’d say that if it was something of hers or any of the Deep State and/or Democrat connected things attacked, pulled down and/or destroyed. Then like all the other leftists, she’d be outraged when it is actually directed at or affects them ?

While Democrats are calling to defund and disband police departments, violence is escalating in cities across the country.

de Blasio backed the decision saying, “We think it’s the right thing to do.”

“We are reducing the size of our police force by not having the next recruit class. We are reducing our overtime levels. We’re shifting functions away from police to civilian agencies,” de Blasio said.

“We think it’s the right thing to do. It will take work. It will take effort and we’re going to be reforming that work in the meantime,” he added.

A majority of Seattle City Council members now say they agree with a high-level proposal by advocates to defund the Police Department by 50% and reallocate the dollars to other community needs.

Defunding the police and ignoring the rise in violent crime is a recipe for disaster.

It’s reckless and dangerous for Ocasio-Cortez, Pelosi and other Democrat lawmakers for not condemning the violence that is putting innocent Americans in harm’s way.