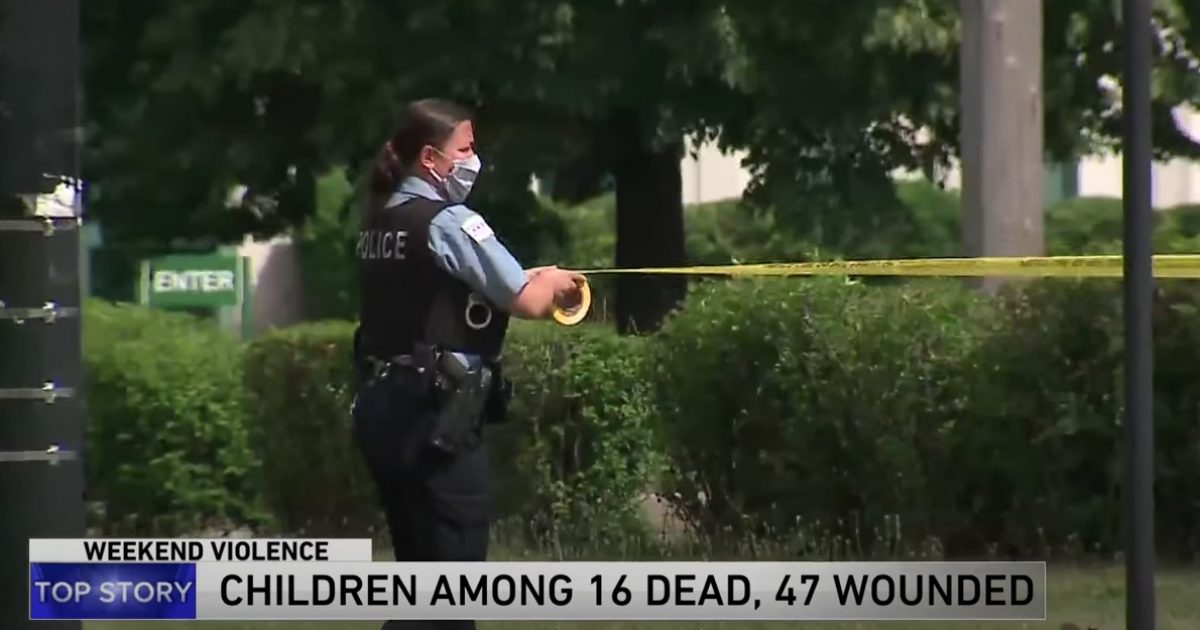 While Democrats are calling to defund and disband police departments, violence is escalating in cities across the country.

With protests continuing throughout the country, shootings were on the rise over the Independence Day holiday weekend.

In Atlanta, Georgia, an 8-year-old little girl identified as Secoriea Turner was fatally shot over the weekend.

Her parents gave an emotional plea at a news conference.

Parents of 8-year-old killed last night: "They say black lives matter. You killed your own this time. You killed a child." https://t.co/U2niKwoxXF pic.twitter.com/xY0jj2o2sb

Father of 8 year old girl killed in shooting: “They say ‘Black Lives Matter’… you killed your own..”

During a press conference, Atlanta Democrat Mayor Keisha Lance Bottoms said, “Enough is enough… you shot and killed a baby.”

Police twice declared a riot on Saturday, once at 4 a.m. and another later just after 11 p.m. In both cases, police said protesters launched fireworks at buildings including the Justice Center and the nearby Federal Courthouse.

In New York City, shootings are up at an alarming rate.

The 4th of July weekend bloodshed in New York City continued Sunday night as at least seven people were shot, five fatally, in a span of about three hours, police said.

OUT OF CONTROL NYC VIOLENCE: There were around 35 shootings between the 4th of July and 7:00PM Sunday, injuring more than 45 people, according to the NYPD. Shootings exploded in NYC days after @NYCMayor disbanded all NYPD anti-crime cops. #AbolishPolice

de Blasio backed the decision saying, “We think it’s the right thing to do.”

“We are reducing the size of our police force by not having the next recruit class. We are reducing our overtime levels. We’re shifting functions away from police to civilian agencies,” de Blasio said.

“We think it’s the right thing to do. It will take work. It will take effort and we’re going to be reforming that work in the meantime,” he added.

Meanwhile, shootings in New York City for the month of June versus a year ago are up 130 percent.

In Chicago, Illinois, the numbers are staggering with 87 people recently shot including children.

From Thursday at 6 p.m. through Sunday night, 87 people were shot in Chicago. Seventeen of the victims have died, including 7-year-old Natalie Wallace who was fatally shot in Austin Saturday night.

President Trump criticized the spike in crime in major cities and offered assistance from the federal government on social media.

Chicago and New York City crime numbers are way up. 67 people shot in Chicago, 13 killed. Shootings up significantly in NYC where people are demanding that @NYGovCuomo & @NYCMayor act now. Federal Government ready, willing and able to help, if asked!

New York City and Chicago play the Sanctuary City card, where criminals are protected. Perhaps they will have to start changing their ways (and thinking!).

As violence continues to spike across the country in big cities, Democrats are demanding the defunding of police department budgets.